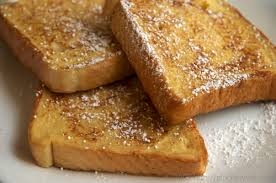 H. W. Fowler had this to say about French words: “Display of superior knowledge is as great a vulgarity as display of superior wealth – greater, indeed, inasmuch as knowledge should tend more definitely than wealth towards discretion & good manners. That is the guiding principle alike in the using & in the pronouncing of French words in English writing & talk. To use French words that your reader or hearer does not know or does not fully understand, to pronounce them as if you were one of those few (& it is ten thousand to one that neither you nor he will be so), is inconsiderate & rude.” OK, so he did write this in 1949 (Fowler’s English Language), but doesn’t he have a point?

Sometimes you just have to hop over the channel (or the Atlantic) to grab that little word from our favorite Romance language – to describe his blasé attitude, her style that’s so effortlessly chic, that risqué outfit or comment – because there’s just no other word that will do the trick. But when does littering our speech and prose with French words and expressions stop being colorful, nuanced and poetic (if not completely necessary) and start verging dangerously on the pretentious? When it comes to (the) French, is our inferiority complex (not only about our language but just about everything else as well) always in play?

Anglo-Saxon or Old English, with its essentially German base and subsequent influences from Celtic, classical Latin and Norse/Scandinavian invaders,  was spoken and written in England until the mid 12th century. When William the Conqueror seized the throne, French took over as the language of the court, administration, and culture – and stayed there for 300 years. The Norman conquest brought about huge changes in English language and culture. As English was relegated to the everyday classes as a usable, pragmatic tongue, and the more grammatically complex and nuanced French flourished at court, the two languages coincided happily for years, but not without a fundamental shift that turned Old English into Middle English. With the Norman invasion, about 10,000 French words were adopted , many of which are still in use today. This French vocabulary is found in every area of life and conversation – from politics and law to art and literature – and is used often unconsciously by people of all backgrounds and ages. More than a third of all English words are derived directly or indirectly from French, and linguists estimate that English speakers who have never studied French nevertheless know 15,000 French words.

It goes without saying that certain French words are non-negotiable: we would be tongue-tied without cuisines, souvenirs, matinées, bouquets or clichés. Then there are those words and expressions that simply have no real equivalent in our humdrum English: how could we possibly describe a rendez-vous, a pied-à-terre, a protégé, a tour de force? An idée fixe or a fait accompli, the nouveau riche, that feeling of deja vu? Who in the absence of the maitre d’ would run the restaurant, and what the hell would we serve at cocktail parties if we didn’t have hors d’oeuvres? And without either, how would we leave en masse? Repartee would be replaced by witless banter; a tête-à-tête would lose its intimacy. And how would we all cope without the freedom of carte blanche – or the option of a ménage à trois? Not being able to dismiss an outfit, attitude or concept as passé would be unfortunate.

But when do we start treading on dangerous ground? Many English speakers might feel bereft not having savoir-faire, laissez faire, pièce de résistance, touché, au fait, soirée, bon voyage, joie de vivre, or bon appetit in our vocabularies, but others might try and avoid using what could be regarded as snotty affectations.

Admit it: when you hear your fellow countrymen using some of the following words or phrases ‘on fronsay’ , don’t you agree with Mr. Fowler and cringe just a little? Just un soupçon?