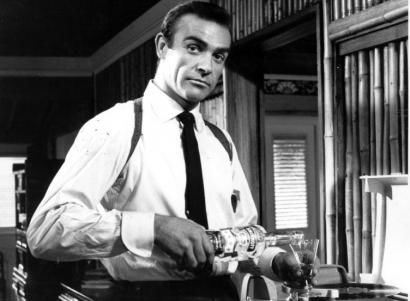 Would you like to be called Them? If you’re British, you can be, as long as you give yourself a last name too. Care to introduce yourself as Bond — James Bond? Go right ahead. Want to be named after the year of your birth (“Hi, my name is Nineteen Fifty-Two”)? Yes, that’s allowed too. Would you like to travel abroad with a passport bearing your new name, Mickey Mouse? Yup: the Brits are cool with that. As would be most American states. Here in the land of the free, you can go legally by almost any name you wish — as long as it’s not a racial slur, a threat or an obscenity, and as long as it’s not intentionally confusing, it doesn’t incite violence, and it’s not intended to mislead (ie. a celebrity’s name). (However, in the UK you can become known as David Beckham or Pippa Middleton, as long as you’re not deliberately trying to pass yourself off as them — assuming you have the respective abs and butt to even try …) But sadly you won’t get away with calling yourself Princess Diana, Lord Byron, or Captain Von Trapp. Nice try, but it won’t fly.

In recent years, the UK Deed Poll Service has officially bestowed the following new names on British citizens — by sober and deliberate request: Jellyfish McSaveloy, Toasted T Cake, Nineteen Sixty-Eight, Hong Kong Phooey, Daddy Fantastic, One-One-Eight Taxi, Ting A Ling, Huggy Bear, Donald Duck, Jojo Magicspacemonkey and James Bond. According to this service, the country’s largest and most trusted issuer of new names, there are only a few restrictions you have to bear in mind when choosing your new moniker. You are forbidden from choosing a new name that (in the words of the DPS):

If you think you might be looking to assume a new identity — at least in name — then don’t go and live in Belgium or Switzerland. In both those countries, your name is pretty much yours for life, unless you can prove that it’s giving you a lot of grief. In Belgium, this involves applying to the Ministry of Justice for a name change — and if it’s your last name you’d like to shed, you’ll need a royal decree. You might succeed if you sport a ridiculous last name that causes you untold embarrassment or emotional distress; people bearing the surnames Salami, Naaktgeboren (“born naked”), and Clooten (“sods of earth” in Middle Dutch, “testicles” in modern Dutch) have managed to secure the much-desired decree from on high. In Switzerland, if you’re having to blush and explain your way through passport control with the name of a notorious criminal stamped all over you, that’s probably enough of a reason for you to ask your Cantonal government to trade it in for a more innocent model.

Marion Morrison, Allen Konigsberg, David Hayward-Jones, Curtis Jackson, Issur Demsky, Robert Zimmerman, Farouk Bulsara, Roberta Anderson, Margaret Hyra, Jonathan Leibowitz, Anna Bullock, and Steveland Judkins were all born mere mortals and went on to find fame and fortune — and spanking new names to go along with (or aid in) their celebrity. Some of them might surprise you.

Olympics fanatic Thomas Manly changed his middle name to the names of 12 Olympic gold medallists.
Sunday Times journalist Matthew Rudd changed his name to Bradley Pitt.
In 2009, Eileen De Bont from St. Asaph, Denbighshire changed her name to Pudsey Bear. Despite getting all her documents and records changed to Pudsey Bear, the passport office refused to issue Pudsey with a passport.
In 2004, a Missouri man changed his name to They.
The Minnesota Supreme Court ruled in 1979 that a name change to 1069 could be denied, but that Ten Sixty-Nine was acceptable.