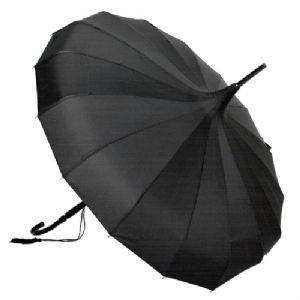 It’s an expression that F. G. Fowler mournfully decried as one of those “popularized technicalities”, about which he offers “two general warnings”: “first, that the popular use more often than not misrepresents, & sometimes very badly, the original meaning; & secondly, that free indulgence in this sort of term results in a tawdry style.”

“The exception (that) proves the rule” is meant to be a logical — and legal — statement in which a particular stated exception actually clarifies, defines or implies a general rule by its own logic. A sign warning that “the bank will be closed on Monday, Oct 14 to mark Columbus Day” is an exception proving the rule that the bank is generally open on Mondays. “For the calculus quiz next week, calculators are not permitted in the classroom.” This memo to high-school mathematicians proves that as a rule they are allowed to bring their calculators into the classroom, but in this case — for the test — an exception is being made.

This widely-used expression, stemming from a Latin legal principle exceptio probat regulam in casibus non exceptis (“the exception confirms the rule in cases not excepted”), which was based in turn on a concept first proposed by the Roman philosopher and lawyer Cicero, has evolved through years of misunderstanding and misuse to mean the exact opposite of its original, logical and actually very useful premise.  Falling into one of the murky categories of illogical beliefs, old wives’ tales, or simply expressions said in jest or irony (much like that of Sod’s Law for unlucky Brits or Murphy’s Law for unfortunate Americans), the once informative exception now serves as a rather silly assertion: that when something occurs that is not ‘by the book’ or that breaks our rules of understanding or expectation, it only goes to prove what we take for granted as a rule. Take this example: “We never take an umbrella with us on our annual summer trip to the Greek islands. When the heavens opened on Julia’s wedding in Corfu, only Aunt May stayed dry under her parasol. It was a big wet exception that proved the rule.” (The rule we can infer from this is that it never rains in Greece in the summer.) Fowler sums up the twisted logic of the expression’s misuser: “A truth is all the truer if it is sometimes false.”

Next time you’re focused on the exception, be mindful that it’s testing — or even reminding us of — the rule, but it’s not really the pudding in which the proof is to be found.