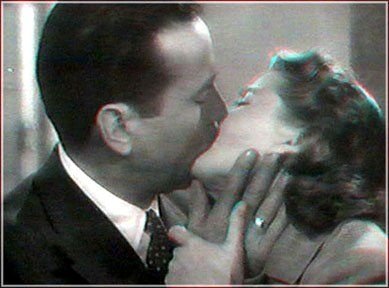 Ils galochons. Yes, it’s official: a kiss is no longer just a kiss, at least not in the new French dictionary. The new edition of the Petit Robert — the French equivalent of the Oxford English Dictionary — has a brand new verb with an age-old meaning: “galocher”, meaning “to kiss with tongues”. The French kiss finally has a French verb, marking the first time the French have a single word for one of their most famous verbal exports. It comes from the noun la galoche, the word for ice-skating boot — and yes, the new verb deliberately conjures the idea of sliding around on ice, a poetic evocation of the lovers’ kiss.

The term “French kiss” first entered the English language in the early 20s, reflecting the perception at the time of the French being more experienced and adventurous in the realm of sex and eroticism. The French words for the French kiss (as a noun rather than verb) are baiser amoureux (“lovers’ kiss”) or baiser avec la langue (“kiss with the tongue”), but baiser used as a verb has more vulgar connotations (think the French equivalent of the f word). Historically the French kiss itself was known as baiser florentin (“Florentine kiss”).

“Kiss” is from the Old English cyssan from the proto-Germanic kussijanan or kuss, which is probably onomatopoeic, based on the sound that kissing makes. The Four Vedic Sanskrit texts (1500 BC) contain the first mention of a kiss in writing.* The science of kissing is called philematology. Galochons involves the use of 34 muscles in the face.