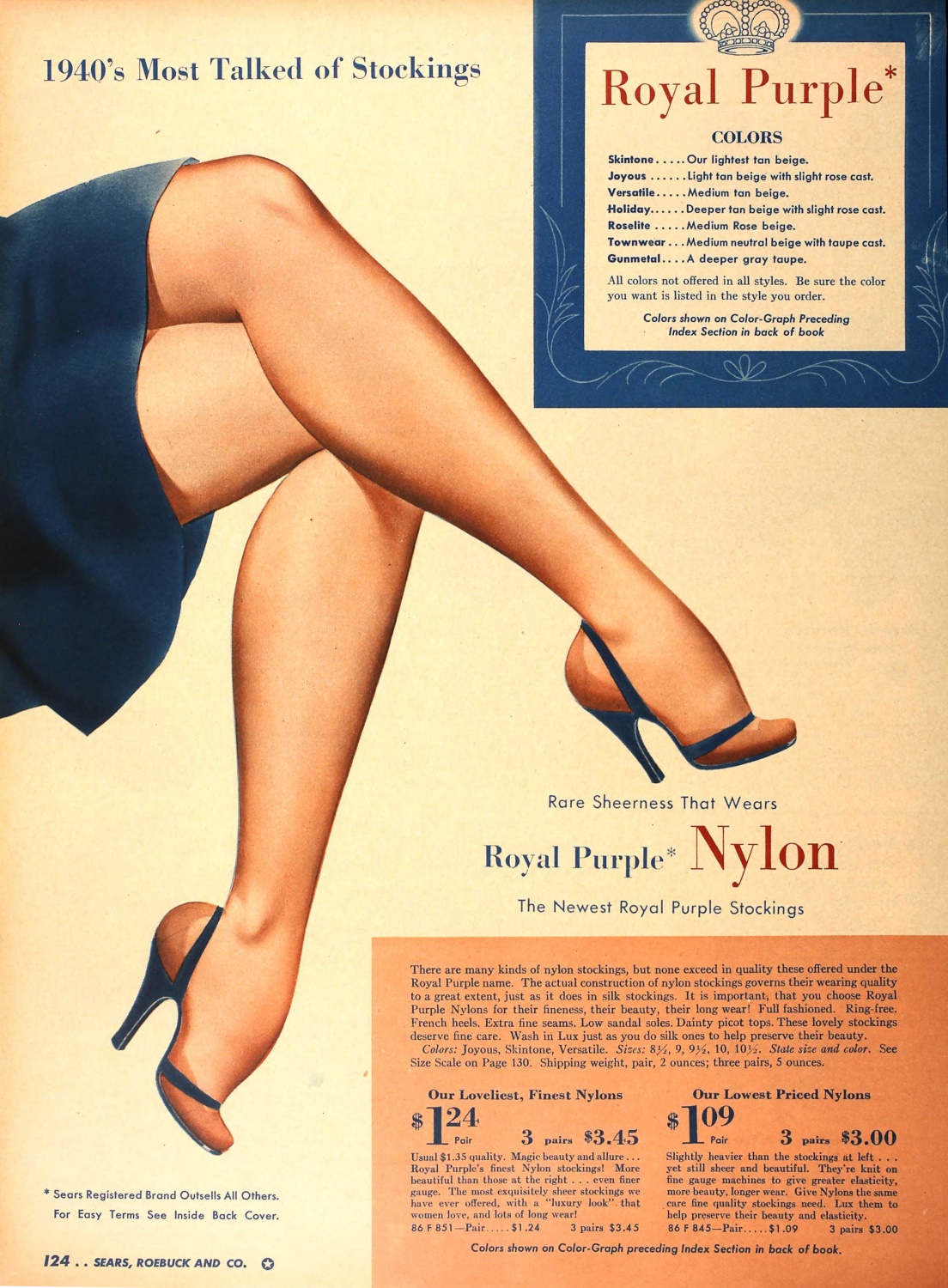 Nylon was invented in the mid-1930s by Wallace Carothers, the director of DuPont’s research center. The synthetic fiber comprising three basic ingredients was called “Nylon 66” by the chemists who brought it into the world because two of its components — adipic acid and hexamethylene diamine — each contain 6 carbon atoms per molecule. However, Carothers named it simply “nylon”, and that was the name by which it was patented in 1935. The durable fabric was fantastically successful when it started being sold soon afterwards, in 1939, most usefully and famously as a replacement for silk in hosiery. Nylon stockings were introduced that year at New York’s World Fair, and by the following year the plural of the word, “nylons”, was synonymous with women’s stockings. The versatile fiber/fabric was used to make everything from toothbrush bristles, fishing lines and surgical sutures to parachutes during the second world war, and later seatbelts and tents. It’s now the second most used synthetic fiber in the U.S.

But why “nylon”? There are two spurious theories about how it got its name. First: it’s been suggested that New York’s initials (NY) and the first three letters of London were behind the famous fabric, representing the two cities where the product started its life. However, London wasn’t involved in any way with the launch of nylon: that all happened on the other side of the Atlantic …

The other more outlandish theory is that it was an acronym for “Now You’ve Lost, Old Nippon” (or, alternatively, “Now You Look Out, Nippon”), supposedly referring to Japan’s apparent loss of the U.S. market for its silk exports as a result of this new synthetic product.

Neither of these suggestions holds water, and nylon’s real etymology is disappointingly more prosaic. As Wikipedia explains succinctly, “in 1940, John W. Eckelberry of DuPont stated that the letters “nyl” were arbitrary and the “on” was copied from the suffixes of other fibers such as cotton and rayon. A later publication by DuPont (Context, vol. 7, no. 2, 1978) explained that the name was originally intended to be “No-Run” (“run” meaning “unravel”), but was modified to avoid making such an unjustified claim. Since the product was not really run-proof, the vowels were swapped to produce “nuron”, which was changed to “nilon” “to make it sound less like a nerve tonic”. For clarity in pronunciation, the “i” was changed to “y”.”

2 thoughts on “Nylon: the fabric of two cities, or an acronym?”