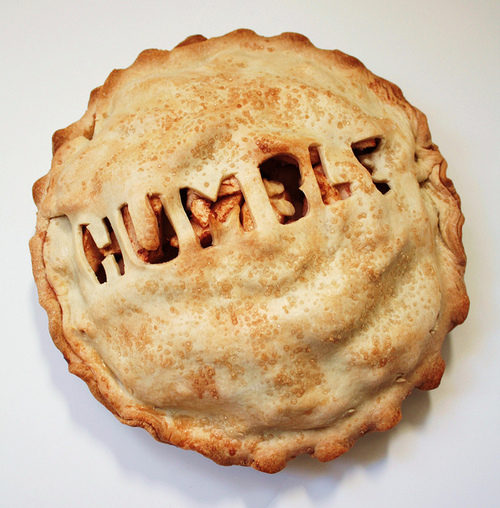 When Jonathan Ive — the Apple tech guy behind the iPod and other iDevices — was given a knighthood back in 2012, he spoke of his gratitude and delight: “To be recognised with this honour is absolutely thrilling and I am both humbled and sincerely grateful.”

It’s become almost obligatory for anyone receiving an honor nowadays to speak publicly of feeling humbled. Those who utter the word while clutching their trophy or rising from the tap of the Queen’s sword are invariably hoping to convey a sense of modesty and unworthiness: it’s a common way of expressing a sense of pride while at the same time trying to avoid ownership of that deadly human sin.

In fact, claiming to be humbled by an honor, award or any kind of social elevation is turning the word on its head. As someone argued on an online discussion board, “It may be argued that many of those expounding their humility are anything but humble!!”

Humble (the adjective) is defined by the Oxford English Dictionary as 1. having or showing a low estimate of one’s own importance; (of an action, thought, etc.) offered with or affected by such an estimate; lacking assertion, deferential, or 2. of lowly rank or condition; modest; (of a thing) of modest dimensions, pretensions, etc. And as a verb, to humble means to lower oneself in respect or submission, or — transitively — to lower (something or someone) in dignity, position etc.; to abase. So if you’re being elevated in society’s estimation by receiving an honor, you should logically feel the opposite of humbled — even if it does feel undeserved or uncomfortable. You might argue that you felt sufficiently humble before being honored to suggest a sense of unworthiness, but afterwards the lowliness should abate rather than deepen.

Technically, you can’t really feel humbled — ie. brought down to a lower level — unless you already think highly of yourself. In the headline that Worldcrunch gave its piece about the American president’s recent meeting with the Argentine pontiff in Rome —  “How Obama Was Humbled by Pope Francis” — the word was used entirely appropriately. In the presence of this lofty leader, the President did arguably feel more lowly in status, and hence he felt truly humbled.