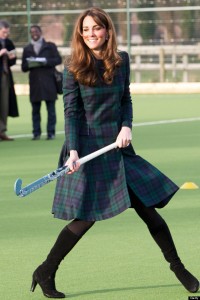 Do you ever have the urge to talk like a posh Brit? When the need to sound like an overgrown English public schoolboy overwhelms you, just pepper your language with some of the following words and expressions – most of which are horribly outdated and only uttered nowadays by non-Brits pretending to be posh Brits — and you’ll be  well on your way to becoming a toff, a pompous twit, or a good old-fashioned Hooray Henry in no time at all. Jeeves and Wooster would be proud. Bottoms up, old boy!

By George! By golly! By ginger! By gosh!: Basically a posh old version of OMG! The “minced oath” or exclamation dates from the early 1600s, when “George” and the other g-words were used as substitutes for God to avoid blasphemy. The expression started off as “for George” or “before George,” according to the Oxford English Dictionary. The OED’s earliest example is from Ben Jonson’s 1598 play Every Man in His Humor: “I, Well! he knowes what to trust to, for George.” Here’s Henry Higgins, in one of the expression’s more famous examples:

By jove!: another minced oath for “by God”. From the old Roman name for the god Jupiter (and sometimes associated with Jehovah, a form of the Hebrew name for God). It also dates back to the 16th century: in Love’s Labours Lost (1588), Shakespeare’s Biron exclaims: “By Jove, I always took three threes for nine.”

Golly, gosh, golly gosh: all expressions of surprise. “Oh golly: mother really has lost her marbles.” As in the minced oaths mentioned above, golly and gosh are old euphemistic alterations of the word god. According to the Online Etymology Dictionary, golly was first recorded 1775, in a source that refers to it as “a sort of jolly kind of oath, or asseveration much in use among our carters, & the lowest people.” Gosh is dated about 20 years earlier, probably derived from the old mid-century oath by gosse.

Old bean/old chap/old boy /old chum/ old fruit: and you don’t even have to be old — or male — to be greeted affectionately as one of these. But it just might help.

Beastly: very unpleasant, or unkind. “Oh don’t be so utterly beastly to the poor chap.”

I say (old chap): Two subtly different uses here: the first calls attention to what’s about to be said (OED).  “I say, old boy: what say you to a little tipple?” The OED gives the earliest citation in this sense being from Francis Beaumont’s play The Knight of the Burning Pestle, 1613. Its second, more modern use is an exclamation of surprise, delight, dismay, or indignant protest. “I say, old chap: what a posh git you’ve become!.”  The OED gives its first citation in this sense from the 1890s.

To fag: to work hard, especially at a tedious job or task; to work or run errands for a senior pupil at a private school. “Egads: that old chap fagged for me at Eton.” Used in the sense of making (someone or something) fatigued, the verb was first attested in 1826.

Poppycock: nonsense, rubbish. “Oh, what utter rot and poppycock! I’ve never heard such nonsense.” The OED confirms that it’s American in origin, first turning up across the ocean in about 1852. But it doesn’t seem to be Dutch for soft feces, contrary to popular belief, so don’t feel bad about using it.

Jolly hockey sticks: a humorous term capturing and poking fun at the manner of speech adopted by hearty, sporty, gung-ho British public schoolgirls. The phrase is thought to have been coined by the actress Beryl Reid, who played the part of such a schoolgirl  in the 1950s comedy radio program Educating Archie, although the phrase didn’t appear in any of the program’s scripts.

Spiffing: excellent; splendid.”Why, this party is simply spiffing!” Probably from the verb spiff (up or out), meaning to make neat or spruce (1877), probably from spiffy, related to spiff, a well-dressed man.

Jolly good show: you can put jolly in front of almost any word to make it sound quintessentially English.  We’re having a jolly fun time, and he’s a jolly good fellow. And I’m jolly sure of that. In this case, jolly good show is used to express admiration for something that has been said or done.  “He’s just gone up to Oxford: jolly good show.” And of course it’s a case of bad show when something has gone awry or someone has misbehaved.”You turned up to the meeting in mufty? Bad show old boy, bad show.”

A good sport: someone who accepts losing a competition or argument or being the butt of a joke with good grace. “He’s a jolly good sport. He lost the egg-and-spoon race, but grinned like a Cheshire cat during the prize-giving.”

A good egg: someone pleasant, agreeable, or trustworthy. “That Marjorie, she’s a good egg. She would never tell on you.” It first appeared in England at the turn of the 20th century as public school slang, and it’s thought to have been a humorous inversion of bad egg, 19th-century school slang for a thoroughly nasty person.

Rather! (not as in “rather [adjective]” — that’s a different story altogether, but said on its own, with a little extra oomph on the second syllable — as in, “rah-THUUHR”): an answer word, meaning absolutely! ie. keen to do whatever has just been suggested. “My, what a fabulous day for the races. Are you game?” “Rather!”

Righto, right-ho, right-oh, or righty-ho: a more emphatic version of right, expressing agreement, acquiescence or compliance. “Rupert: it’s time for the hunt.” “Righty-ho, chaps, let’s rally the hounds.” Absolutely no relation to the modern “ho”, righto first made its appearance (according to the OED) in the late 19th century.

What ho! A greeting. The first word in the Old English poem Beowulf  is Hwaet! and  David Crystal, in his book The Story Of English In 100 Words,
argues that this became ‘What!’ — as in P.G. Wodehouse’s ‘What ho!’

Putting the word simply in front of more or less any adjective, especially if it’s rather a good thing, tends to raise one’s British factor a notch or two. “Why, he’s simply marvelous, Mater”, one might declare. “He’s simply dashing.”

Similarly, using any term faintly related to cricket will up the English ante rather impressively. “Oh golly, he’s got himself into a bit of a sticky wicket.” “Cheerio to the old fruit. He had a good innings, wouldn’t you say?” “I’m bowled over by your generosity.” “His stinging words jolly well hit me for six.”

Cheerio: another word for pip-pip, toodle-ooh, or toodle-pip. Farewell and goodbye. Fagin and his boys — from the other end of the British class spectrum — couldn’t have said it any better: take it away, old chums!

4 thoughts on “Jolly hockey sticks, and other jolly posh stuff”