It’s unquestionably the most misused punctuation mark in the English language — so much so that its errant form has its own nickname: “the greengrocer’s apostrophe” (and that’s from widespread abuse on signage by guilty tradesmen). Orange’s and lemon’s: says who?

But it does have a bit of a bad rap, this aerial word-comma: it’s really not as complicated as the world seems to think it is. Except perhaps when it comes to its typography, not to its role in spelling.

It has just two basic uses: to fill in for an omitted letter or letters, and to make a word possessive. Contrary to popular belief, the apostrophe doesn’t make plurals, and it doesn’t automatically slide in front of the final letter of any word that happens to end in ‘s’…

In the case of filling in for missing letters, it often pops up when two words are being put together and a couple of letters are dropped in the process, for example when “do not” becomes don’t, when “can not” becomes can’t, when  “they are” becomes they’re, or “that is” becomes that’s. Sometimes it’s used to replace a letter dropped in pronunciation: Singin’ in the Rain; ‘allo, ‘allo; stick ’em up! And sometimes the front of a word (even one spelled with numbers) has been chopped off and the noble apostrophe steps in: the 1960s becomes the swinging ’60s.

Now to its possessive use: when something or someone “has” an object (or that object is “of” them), you just add an apostrophe plus an ‘s’: “David has a hat. So that’s David’s hat?* Yes, that hat’s David’s hat.” And if that possessive something or someone is plural**, we add the apostrophe after the plural ‘s’ and we don’t add the extra ‘s’: “At the We’re Called David conference, when the wine flows all the Davids’ tongues start to wag.”

Its or it’s? Simple: if you can replace the word in question with “it is” (i.e. the apostrophe takes the place of the dropped ‘i’) and it still makes sense, then you need an apostrophe. If not, you don’t. It’s not difficult. An apostrophe knows its place.

* The fun starts when a name ending in ‘s’ becomes possessive: it should still always carry the apostrophe, but whether to add an extra ‘s’ is a matter for debate and personal choice. “It’s Thomas’s turn. No, it isn’t: it’s Silas’. Whatever.”

* * If a plural noun doesn’t have a final ‘s’ (e.g. children, men), then its possessive apostrophe comes at the end of the word and it takes an added ‘s’, as if it were singular: “We carried the children’s coats”.

Curly or straight, smart or dumb?

An apostrophe always points downwards, whether it’s straight or curly. (Stay with me here: it gets interesting.) It bears a convenient uncanny resemblance to the single quote (

), which is why we use that keyboard key for typing it. When it immediately follows a group of letters or is wedged between two, as is usually the case when we’re apostrophizing, then it pops up as the closed single quote — that

s the one — and we’re fine and dandy.

But what happens when we type our ‘strophe (using our single quote key) at the start of a word — in an unusual setting for an apostrophe, before a group of letters? Then we’re in trouble, because look what happens:

allo. Oops: that ‘apostrophe’ is pointing upwards. That’s because it isn’t really an apostrophe at all: it’s an open single quote mark, or an open inverted comma. Which is like a curly apostrophe turned upside-down, and it should never be upside down. The TV show ’til Death didn’t seem to know that fact:

And nether did Mitt Romney during his presidential campaign: 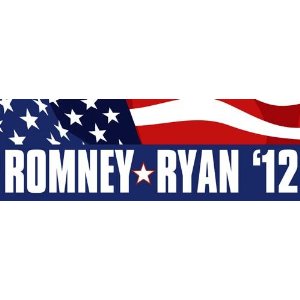 ) whether open or closed, but modern computer programs now offer “smart quotes”, which automatically (and supposedly intelligently) convert straight marks into curly ones. And those smart quotes can sometimes be dumb.

Last year, Paul Lukas in the New Republic wrote about how smart quotes are killing the apostrophe, illustrating “how a software innovation doomed the inverted comma”. As Lukas explains, “The humble apostrophe, of course, has been misused in various ways for generations, most commonly by people who mistakenly add it to a plural noun, or who mistake it’s for its. But the single open-quote masquerading as a backwards apostrophe is a much more recent phenomenon. It’s a product of the digital age, and it may be ushering in a new era of punctuation.”

If you’d like further reading on this typographical apostrophical matter, check out Butterick’s Practical Typography. And if you’re on a Mac and you want a real apostrophe at the beginning of a word, here’s how to do it: option + shift + ]. Try it: it works.

Why isn’t it pronounced AA-puh-strofe? Why do we sound the final ‘e’?

Catastrophe and apostrophe derive from Greek words. So do acne, psyche and epitome. Recipe is Latin in origin; furore is Italian (although Americans choose not to pronounce the final ‘e’, as their British counterparts generally do). Daphne, Penelope, and Aphrodite (all Greek names) would sound mighty strange as “DAPH-uhn”, PEN-uh-lope” or “AF-ro-dite”.  It’s not just the French who get to sound their final ‘e’s, even though they have the acute accents to help them along. So enjoy talking Greek.

2 thoughts on “‘Strophes: straight or curly, smart or dumb?”