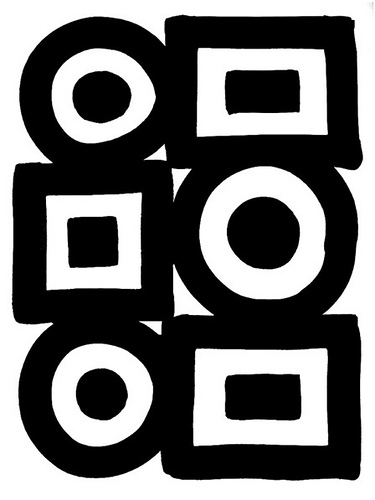 Thanks to everyone who participated in our Ameri-Brit “which–that” exercise (see Glossophilia’s post from January 20th; the exercise is shown again below). That was a tough one! There didn’t seem to be a really definitive difference in understanding or usage between the Brits and the Americans on this subject, as I thought there might be, but there was a fairly firm pattern emerging. (Update, Feb 5: my apologies to those whose answers weren’t taken into account when this was published; some of the comments were hidden/unavailable until now.)

Let’s look at the first question: “Do any of the sentences look strange or “incorrect” to you? If so, please specify which sentence(s) you’d be inclined to edit.” I expected to see the Americans taking their red pens to sentences B and C with absolutely no hesitation. Here’s my reasoning. Americans invariably use a comma before which, which to their minds always starts a descriptive rather than identifying clause. (“I like the shape of my nose, which is cold.” They’re describing rather than identifying the nose.) Therefore sentence D looks fine, but B ruffles American feathers and cries out for a comma. That to an American is always defining/identifying (“I like the hat that she is wearing”) and is never preceded by a comma. So I would expect sentence A to look just fine, and C to present some problems. As I expected, all but one of the Americans in the exercise took exception to B, and all of them would have corrected C.

Brits, on the other hand, often substitute the defining that with which — (“I like the hat which she is wearing”) but in order to signal that which is being used as an identifier — i.e. specifying the one she is wearing — rather than a descriptor, they remove the comma. So they don’t see anything wrong with sentence B; as long as there’s no comma, it doesn’t matter whether it’s that or which being used to identify the object in question. And sure enough, all the Brits in the exercise accepted sentence B, unlike the Americans.

Now here’s where it gets complicated, and please bear with me. Whereas Brits are happy to substitute that with which in an identifying clause, they don’t generally do it the other way round: i.e. they don’t use that instead of which when they’re simply adding descriptive, non-identifying information. And like Americans, they use commas before descriptive clauses. So they wouldn’t generally say “I like the shape of my nose that is cold”, because they’re giving extra information about rather than identifying the nose in question. Therefore I would expect Brits to be uncomfortable about sentence C, because the comma signals a descriptive rather than identifying clause, and therefore it should start with a which. So, as I expected, sentence C was almost universally rejected as incorrect, by both Brits and Americans, with just one Brit acknowledging that it looked odd if not incorrect. (Update Feb 7: David Brooks in the New York Times doesn’t seem to mind that replacing which after a comma: “The people we admire break that chain. They quiet the self and step outside the status war. They focus on the larger mission. They reject the puerile logic of honor codes and status rivalries, and enter a more civilized logic, that doesn’t turn us into our enemies.”)

Using the information above, logic determines that a round design followed by an identifying clause means there must be more than one round design. (If there were only one round design, it wouldn’t need to be identified.) And if something with a definite article (the) is followed by a descriptive clause (i.e. which preceded by a comma), then it must be the only one of its kind, since it needs no identification. And let’s put sentence C aside because it has been roundly rejected.

Sentence A clearly has an identifying clause — since there’s no preceding comma and it begins with an unambiguous that. So there must be two round designs in A. Whereas all three Brits reached this conclusion, as well as one of the AmeriBrits, only two of the five Americans thought there must be more than one round design in sentence A.

Sentence B is weird to an American, so you could forgive them for being confused about whether it contains an identifying or descriptive clause. Hence they were split about this. To Brits, however, the absence of a comma resolves any ambiguity: it’s clearly an identifying clause (otherwise it would have a comma), and therefore there must be two round designs. Sure enough, all the Brits (and one of the AmeriBrits) read it that way.

Sentence D should be as clear as sentence A: it contains an unambiguously descriptive clause, since there’s a comma and it begins with which. So there’s only one round design in D. Only two of the participants came to this conclusion — and both of them were Brits.

What can we take from all this? It does seem that Americans keep their whiches and thats quite separate; neither steps in for the other. However, Brits use them interchangeably in identifying clauses — but not in descriptive clauses, where only which is used. And they determine whether it’s an identifying which or a descriptive which by seeing (or hearing) whether there’s a preceding comma or not.

Whew: I’m glad I’ve put that one behind me! For a lighter look at which and that, see Glossophilia’s earlier post from 2011.

Please read these four sentences, which are nearly but not quite identical, and then answer the questions that follow. There’s no “right” or “wrong” here: just answer honestly and without too much thought.

A) “Looking at the three designs, I was most drawn to the round one that bled outside the page border; however, I liked the square one too.”

B) “Looking at the three designs, I was most drawn to the round one which bled outside the page border; however, I liked the square one too.”

C) “Looking at the three designs, I was most drawn to the round one, that bled outside the page border; however, I liked the square one too.”

D) “Looking at the three designs, I was most drawn to the round one, which bled outside the page border; however, I liked the square one too.”

Q1: Are you American or British? (Or Australian, Canadian or other English-speaker?)

Q2: Do any of the sentences look strange or “incorrect” to you? If so, please specify which sentence(s) you’d be inclined to edit.

Q3: Can you tell from any of the sentences how many of the three designs are round? If so, please identify the sentence and the number of round designs.

1 thought on “An American-British experiment: some interesting results …”