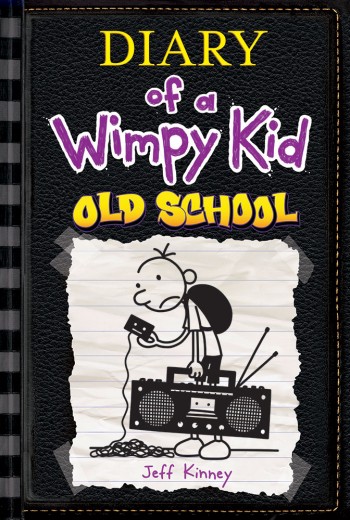 TGIF: That Gerund Is Funky. Stories about language usage in the news this past month include unexpected Latin translations; an inappropriate exclamation mark; a famous fictional advertising exec showing off his grammatical prowess; a grammatically correct bank robber; football fans ranked by spelling and grammar ability; a punctuation-free doctoral dissertation; and a very expensive web site name.

~~~~
Did you know that the Pope has a Twitter feed in Latin? Well, Diary of a Wimpy Kid, the best-selling children’s book, has been translated into Latin by a Vatican official, Monsignor Daniel B Gallagher, the Latin specialist who also curates the Pope’s Latin Tweets. The BBC has the full story.

On April 24, Kim Kardashian West tweeted: “Today marks the 100 year anniversary of Armenian Genocide! I am proud to now say I have been to Armenia.” As Slate‘s Lexicon Valley blog remarked: “Kardashian West, who has an Armenian father, surely meant to use her platform to honor the more than 800,000 political minorities who died in an Ottoman purge in 1915. And good for her. But the tweet makes “Armenian Genocide” sound like a novel published in the early 1900s, or a clothes-swap nonprofit celebrating its centenary. Her noble intentions were ill served by her terrible use of an exclamation point.”

“A man dubbed the “Good Grammar Bandit” has been arrested and charged in eight bank robberies in three different counties. Levi Derek Hall was dubbed the Good Grammar Bandit because the FBI said his notes to tellers demanding money were typed with proper spelling, grammar and punctuation.” CBS Denver has the story.

According to the Wall Street Journal, Washington Redskins fans have the worst grammar of any fan base in the NFL. Using Grammarly, an automated proofreading program that checks for spelling, grammar and punctuation errors, the WSJ reviewed 150 reader comments of 50 words or more on the news section of every NFL team’s web site. USA Today reported that “comments on news articles on Redskins.com averaged 16.5 mistakes per 100 words, most in the league. The Saints’ site was second-worst, with 12.4 mistakes per 100 words, while the Lions’ site featured the cleanest copy in the comments (4.2 mistakes per 100 words).”

“If you’re a grammar nerd, no doubt your heart grew three sizes when you learned that Stannis Baratheon [from Game of Thrones] and Don Draper [from Mad Men] have something more than awkward relationships with their daughters in common. That’s right, these two emotionally unavailable men are also grammar pedants. Be still, our writerly hearts.” So wrote Vanity Fair‘s Joanna Robinson shortly after the airing of Mad Men‘s penultimate episode, and oh how right she was — about our hearts growing three sizes. And thanks to Vanity Fair, we can now watch that breathtaking moment over and over and over again, without tiring of the memory of Don’s linguistic prowess.

“An architect pursuing a doctorate at the University of British Columbia wrote his 149-page, 52,438-word dissertation without any periods or commas. Patrick Stewart, 61, who belongs to the Nisga’a, a group of indigenous people in British Columbia, told Canada’s National Post that his dissertation, entitled “Indigenous Architecture through Indigenous Knowledge,” was designed to raise awareness about “the blind acceptance of English language conventions in academia” and to make a statement about “aboriginal culture, colonialism.” And he claimed there is “nothing in the (UBC dissertation) rules about formats or punctuation.” Time magazine reports.

“The authority that decides which letters a web address is allowed to finish with says it is concerned at the high charges for the new “.sucks” name. The Internet Corporation for Assigned Names and Number (Icann) has asked the US and Canadian trade authorities to investigate Vox Populi, which secured the rights to sell the name.” The BBC reports on this peculiar tech story.