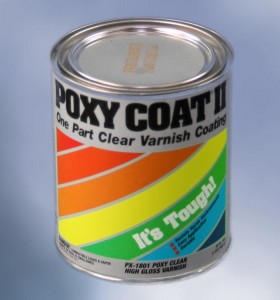 Update 9/16/15: I’ve just come across another one: pantywaist. See below for definition and origin.

We all know that Brits and Americans have different names for many different things — from diapers, erasers and elevators to flats, dummies and lorries. The web is bursting at the seams with trans-Atlantic dictionaries. But there’s another category of words that separate us from our English-speaking cousins: those that just don’t translate on the other side of the pond, and haven’t made the journey themselves. You’ll be hard-pressed to come up with close equivalents of these 20 words when you’re not in their native lands — and you might find yourself wondering why some of these quite useful pieces of vocabulary* haven’t been snapped up by your friends across the ocean, whether you’re American or British. And can you think of any others?~~~~~~~~

“I grew up around dancers and anarchists and drag queens, artists and activists, reformed criminals, yogis and musicians, actors and ex-junkies and current junkies. … True, they had little time for marriage at all, seeing it as an inherently bourgie, conservative institution.” — New York Observer

“Activists across the country have begun to criticize [Airbnb] harshly, arguing that it displaces poor city residents in favor of bourgie tourists.” — Seattle Weekly

“My view of bagged salads are, for instance, that they’re a poxy rip-off and to be avoided at all costs – and yet, there is always one day in the month when, pathetically, I give in and buy one.” — The Guardian

“They are off on a school trip to Edinburgh, and they aren’t going to let a poxy choir competition stand in the way of sex, drugs and arson, or being back in time for the slow dances at the local disco, the Mantrap.” — The Guardian

doozy: informal, chiefly North American: Something outstanding or unique of its kind.

“As political naming disputes go, this one’s a doozy. As Craig Harrington noted, this isn’t a case of President Obama “re-naming” a mountain, so much as he’s “un-re-naming” it. — MSNBC

“Kim Dickens’ Madison had a doozy of a choice to make on Sunday’s “So Close, Yet So Far” episode of Fear the Walking Dead when her daughter Alicia wanted to go help a neighbor that was under attack.” — Entertainment Weekly

“South Devon lanes are a doddle for a nippy mini.” — Torquay Herald Express

“Admittedly, getting my three kids in the car with their booster seats is a doddle compared with proper baby seats when they were toddlers.” — Scottish Daily Record

“It seems safe to say that things weren’t exactly copacetic when Ford left Gucci, leaving room for the pettiness that his comment could suggest.” — Jezebel

“England’s Psychedelic Furs have had more stateside commercial success than Australians the Church, but the two bands make for a copacetic double bill.” — Portland Mercury

“As an owner of a vinyl player, I’m well aware they can be a faff – getting up to change the record every three songs, not having a pause button or being able to skip tracks …” — Daily Telegraph

“The camera app is fast, but controlling the focus is a faff.” — The Guardian

Late 18th century (originally dialect in the sense ‘blow in puffs’, describing the wind): imitative. The current sense may have been influenced by dialect faffle ‘stammer, stutter’, later ‘flap in the wind’, which came to mean ‘fuss, dither’ at about the same time as faff (late 19th century).

“[Berman] presents himself as a “scholarly researcher” instead of a flack on the attack paid by Berman’s industry clients to pen endless op-eds warning of the dire consequences of raising the minimum wage. — PR Watch

“When a Goldman flack did PR for Geithner” — Washington Examiner

“Believe you me, if I’d had the nous to institute these rules at the start of Year 7, I would have saved myself an awful lot of tears.” — Daily Mail

“The worst could have been averted if Demetris Christofias, the dangerously incompetent Communist president of Cyprus, had had the nous to veto the haircut of Greek government bonds, as was his right, unless Brussels helped sort out the subsequent and inevitable Cypriot bank losses.” — Daily Telegraph

kitty-corner, cater-cornered, catty-cornered: North American: Situated diagonally opposite someone or something.

“The bright and airy Saint Dinette, in the Rayette Lofts kitty-corner from the St. Paul Farmers’ Market, is the polar opposite of the dark and cozy Strip Club.” — St Paul Pioneer Press

“The bank building is catty-corner from the Walgreens.” — Jersey Journal

“Two rare items will go under the hammer at a Bonhams auction in New York on 21 September. Both are in full working order and can be said (as the press bumf says) to be “machines that changed the world”. — The Independent

“I’ve looked at dozens of companies, at the blurb and bumph that gets produced, and it’s still all male, pale and stale.” — The Guardian

Woodsy: North American: Relating to or characteristic of wood or woodland

“Given his professional eye, the owner has endeavored to make design a focal aspect of the woodsy retreat, harmonizing the structures dotting the property with their surroundings in a beautiful way.” — Forbes

“Altgeld is almost bucolic looking, cut off from the rest of the region by the curve of the Little Calumet River, the woodsy Beaubien Forest Preserve, and a water treatment plant.” — Chicago Reader

“I was chuffed to bits to see the Brits come as close as they did to a medal and they held it together to secure that Olympic qualification.” — Horse & Hound

“We are absolutely chuffed for our pupils and they have all done really well.” — North Somerset Times

“Some consider a zinger from comedian and actor Rickles a badge of honor.” — Los Angeles Times

“We thought our trip couldn’t be matched, but we learned that virtually all of the anglers had found their piece of heaven in Alaska as long as they gave it a good shot of planning and had luck with the crapshoot of weather.” — Washington Times

“Want to maximize your chances of finding the best fall colors? Follow these tips: Time it right. Hitting the colors at their peak is a crapshoot, but you can up your chances.” — Fox News

“That may sound ghastly, yet Julian Jarrold’s film has cheerily naff charm in spades.” — The Guardian

“Lambrusco used to be sweet and naff for discerning drinkers. But, reinvented, this is dry and serious wine: …” — The Independent

“I almost close the message, dismissing it as a shameless attempt to get coverage for a two-bit arts event, but the next part makes me hesitate: …” — San Diego City Beat

Dennis Hopper … is another outsider — in this case, a train robber who, like John Russell, briefly opts for “civilization” in the form of a two-bit town called Dime Box, Tex.” — New York Times

“Britain’s Bank Holiday washout is set to continue with as much as a fortnight’s worth of rain expected to fall on Monday.” — The Telegraph

“Bank Holiday washout set to continue with a FORTNIGHT of rain due to fall across country today.” — Daily Mail

1930s: extended use of the term’s literal sense ‘child’s garment consisting of panties attached to a bodice’.

whinge: British informal: Complain persistently and in a peevish or irritating way.e.

“So while Australians love to whinge about the price of everything from property to petrol, if you ask most people how things are over a cold beer at the end of the day, they’d probably still say she’ll be right mate’.” — BBC News

“One hangover of my brush with illness a couple of years ago is a resounding new intolerance of people who whinge about stuff such as delayed flights.” — Irish Times

fiddly: British informal: Complicated or detailed and awkward to do or use.

“I have always hated picnics, unless they take place on a beach. I find sitting on the ground uncomfortable (at least on a beach you can sit on a rock), and the food is always fiddly – lots of little things sweating inside Tupperware boxes.” — The Guardian

“The problem is the number of Wikipedia editors is falling. …Technological factors help explain this. Editing can be fiddly, and it is easier with a mouse and keyboard.” — Financial Times

The following British words and terms also haven’t schlepped over the Atlantic, and I think they all carry a certain something in their definitions that American-English hasn’t quite captured in single words:

See also Glosso’s earlier posts on some quaint Britishisms: Jolly hockey sticks; Faff, naff and chuffed; Alight here; What’s Up, Doc?; Why Boxing Day?; Separated by a common (Christmas) language; Furloughs and filibusters; Careering and careening; 8 bloody good British words; Back to Blighty; Why are you operating on me, Mister?; Taking the mick, and slagging people off; Divided by a common language; You say dressing, I say stuffing; On pogey; He can’t drive home: he’s Brahms and Liszt!; Brit phrase Amerci-phrase; That prat skived off to scoff his spotted dick, the jammy b…; Quite ambiguous

* all definitions courtesy of Oxford Dictionaries.