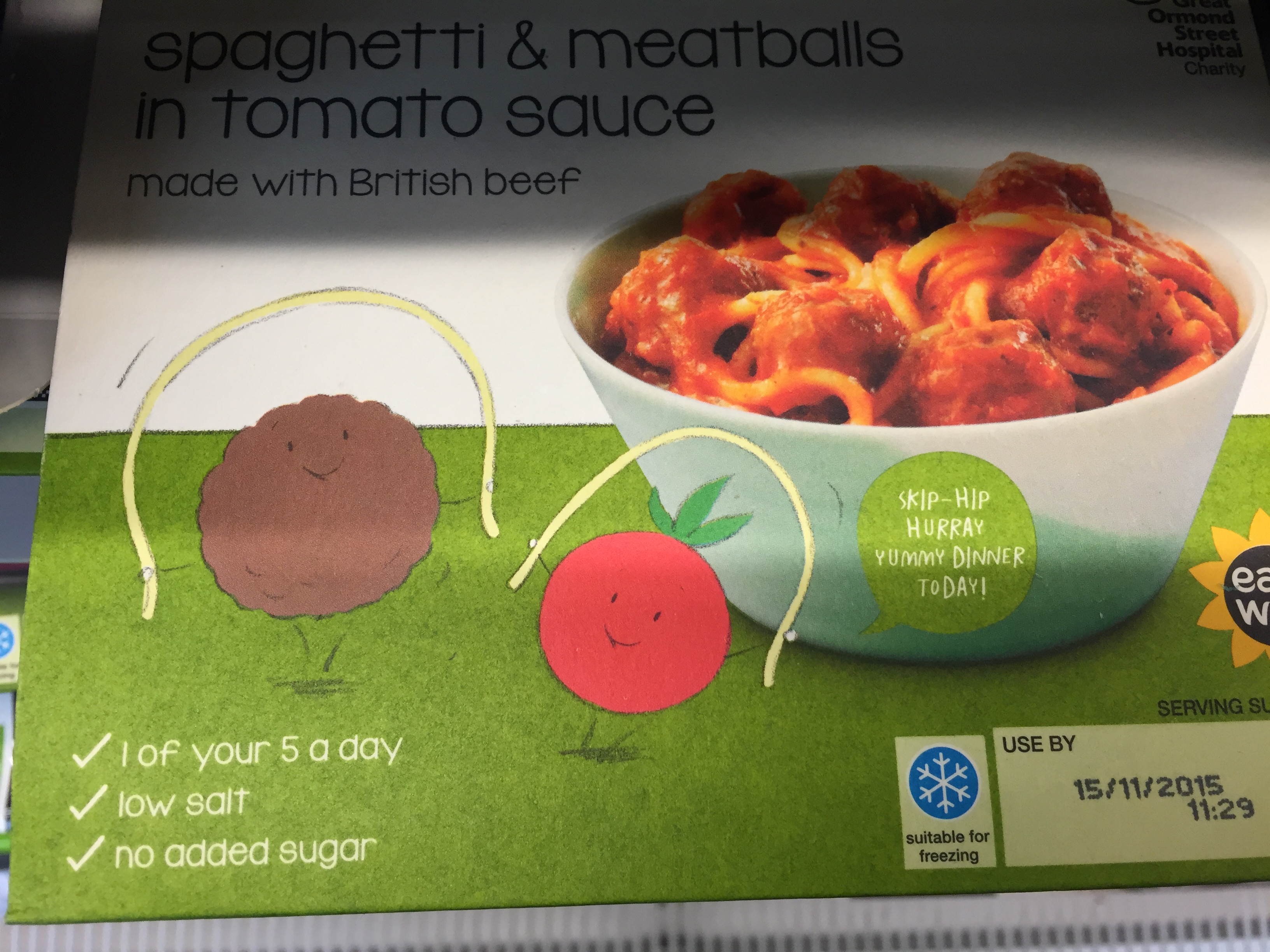 As defined by The Independent a couple of years ago, wackaging is “a cute sense of irritation: … It’s when food packaging treats consumers like idiots or children.”  Blame Innocent, the Cambridge (UK)-based soft drinks company, which started the trend back in 1999 with its talking smoothies. Yup, talking smoothies: as wacky words began to chirp cheekily from the candied liquid’s friendly cartons, often in the first person (“drink me!” “I like being chilled!”) and with a chatty, familiar tone so different from the usual formal prose of boring packaging, a new chummy* lingo was born. This cutesy marketing-speak — colored playfully/sickeningly with witty wisdom, puny puns, and rollicking rhymes — soon took hold, fitting in with the “authentic”, relaxed new language of social media, and affording the same sense of intimate chat that we’ve come to expect in all areas of our daily discourse. Wackaging now leaps off bottles, cartons and packets of British products everywhere, sneaking out from behind kitchen cupboard doors and flirting coyly from supermarket shelves. So much so that according to Monica Heisy on the Munchies blog, British copywriters now refer to the practice of writing cheeky, familiar copy as “doing an Innocent.”

Wackaging, a portmanteau conjoining wacky and packaging, was first coined by the Guardian journalist Rebecca Nicholson in 2011; she even created a tumblr page devoted to the pally patter that she named. The word hasn’t made it into the dictionary yet, although it has been submitted to Collins English Dictionary as a new word suggestion, proposed by a certain “runriot” with the definition “the cutesy and overly familiar tone used in advertising copy”.

Back in Blighty for a couple of weeks, I’ve only just heard about wackaging for the first time. It really doesn’t seem to have crossed the pond — either the chatty practice itself or its moniker. (I have to admit that to my now American ear, the word has slightly vulgar connotations because of its similarity to a sexual slang word. But maybe that’s just me.) Perhaps when the Snapples, Izzes and Martinelli’s of the Americas start getting palsy-walsy with their customers, wackaging will be allowed to take its rightful place in the annals of our official lexicons.