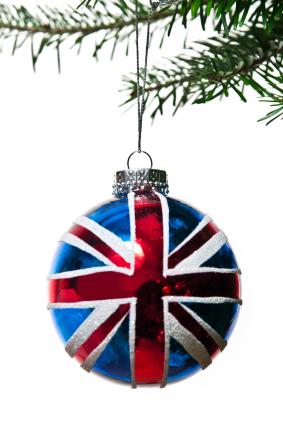 Merry/Happy Christmas to all, on whatever side of the pond you’re on!

Yes, we’re separated by a common language — and it’s no different when it comes to the subject of Yuletide yacking: the Brits and the Yanks just aren’t on the same page when they’re talking Chrimbo*. (And just what might that be, old chap?) Ever wondered what a mince pie really is? Or what an Englishman is doing when he’s pulling a cracker? What is the name of the fat man who comes down the chimney? And which is it: happy or merry Christmas?

Here’s a Brit-Yank Christmas glossary for your entertainment and amusement. Merry happy Chrimbo, and go pull a cracker! 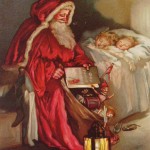 Yanks: Santa Claus, or simply Santa. Father who? And isn’t Santa easier for a 3-year-old to say and understand? According to the OED, the name originated in the U.S. in the late 18th century: “An imaginary person said to bring presents for children on Christmas Eve.” The Online Etymology Dictionary dates it to 1773 — as St. A Claus in “New York Gazette”; originally from the dialectal Dutch Sante Klaas, from Middle Dutch Sinter Niklaas “Saint Nicholas,” the bishop of Asia Minor who became a patron saint for children. Now a worldwide phenomenon (e.g. Japanese santakurosu). 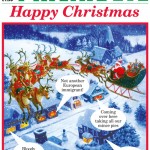 Yanks: Merry Christmas (or, more safely and politically correctly, Happy Holidays. You just can’t risk making any assumptions here, can you?). And save the Happy for New Year. 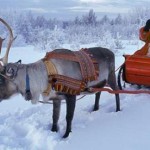 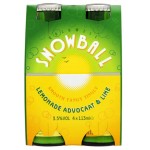 Brits: drink snowballs (advocaat and lemonade) as their Yuletide tipple. What’s egg-nog, and why does the idea of an egg-nog hangover sound particularly unpleasant?

Yanks: choose to drink egg-nog (spiced egg-based drink with rum, bourbon or brandy) . What’s a snowball when it’s being imbibed and not thrown? Do the Brits really add alcohol to everything? 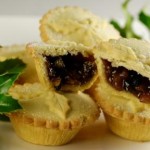 Brits: love to indulge in mince pies over Christmas — small pastry pies filled with dried fruit mix and brandy. Yes, the Brits really do add alcohol to everything. (Legend has it, dating back to the Middle Ages, that if you eat a mince pie every day from Christmas to Twelfth Night (Jan 6), you will be happy for the following 12 months.)

Yes, mince pies did originally contain meat — and hence its name (from the “mincemeat” that constitutes its filling).  The Online Etymology Dictionary explains its colorful history in more detail: “1660s, originally in the figurative sense of what someone plans to make of his enemy, an alteration of earlier minced meat (1570s); from mince (v.) + meat (n.). Mince-pie is attested from c.1600; as rhyming slang for “eye” it is attested from 1857.” Back in those days, because of its meatiness, mincemeat was more akin to what we now call stuffing (or what the Americans sometimes call dressing): here’s an earlier Glossophilia post explaining that history.

Yanks:  Er ….  Is that a hamburger pie? Pass the pumpkin pie left over from Thanksgiving … 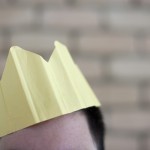 Brits: pull Christmas crackers and wear the silly hats that come out of them. They’re cardboard tubes wrapped in paper to look like giant wrapped sweets, and they go pop when you pull them. And that’s because Brits like to add alcohol to everything.

Why is it called a cracker? The OED dates cracker bonbons and the pulling of crackers to the early 1840s. According to Wikipedia, Tom Smith of London invented crackers in 1847 as a variation on his bon-bon sweets, which he sold in a twist of paper. First he introduced “love messages” into the wrappers of the sweets (like fortune cookies), and then he added the “crackle” element when he heard the crackle of a log on a fire. The size of the paper wrapper had to be increased to incorporate the banger mechanism, and the sweet itself was eventually dropped, to be replaced by a trinket. The new product was initially marketed as the Cosaque (i.e., Cossack), but the onomatopoeic “cracker” soon became the commonly used name. 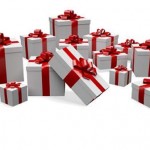 Brits: kick back and watch lots of sports on TV on Boxing Day (the day after Christmas: see earlier Glossophilia post to find out why it has that name).

Yanks: er …. Why do the Brits get to have a special weird name – and even a national holiday — for the day after? 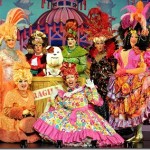 For Brits, Christmas wouldn’t be Christmas without going to see a pantomime.

It’s a sort of family-friendly musical comedy stage production that includes slapstick comedy, interaction between the actors and the audience, singing and dancing, gender-crossing actors, topical contemporary humor, and a story loosely based on a well-known fairy tale. And lots of very tired (or wannabe) celebrities doing their theatrical dues… You’ve really got to see one to believe one.

The Online Etymology Dictionary explains the history of the word pantomime: “1610s, “mime actor,” from Latin pantomimus “mime, dancer,” from Greek pantomimos “actor,” literally “imitator of all,” from panto- (genitive of pan) “all” + mimos “imitator”.
Meaning “drama or play without words” first recorded 1735. The English dramatic performances so called, usually at Christmas and with words and songs and stock characters, are attested by this name from 1739; said to have originated c.1717.”

Update in January 2014: watch the Maltese tenor Joseph Calleja making an impromptu appearance in a pantomime this Christmas. And he’s not singing opera …

And to see how to say Happy (or Merry) Christmas in 119 different languages, visit Freelang. Here are the first 50 …

* a quaint English shortening of the word Christmas

2 thoughts on “Separated by a common (Christmas) language”