This is ASAP Rocky singing his “Get Lit”. As Jakob Scott pointed out in the comments below the video: “[H]e said lit before it was cool”. But was ASAP really that hip when he recorded the song in 2011? I think the Oxford English Dictionary might disagree with Mr. Scott. And just what does lit as an adjective mean nowadays, when we’re not talking about something that has been either illuminated or set on fire? Does it mean drunk? High? Or something else entirely? I think you’ll be surprised to see how versatile lit‘s become, even since ASAP “got it”, and especially when it’s flying high on the blue bird …

According to the Oxford English Dictionary, lit has had the meaning of “drunk” for more than a century; citing Choice Slang, published in 1914, OED gives lit‘s alternative, indie definition at that time as “lit up, intoxicated.” We have a good example of this in Graham Greene’s famous 1938 novel Brighton Rock, when his unlikely heroine Ida Arnold explains slightly wistfully, “If I hadn’t been a bit lit this wouldn’t have happened.” (See more historical citations below.) Over the ensuing decades, as the meaning of intoxication widened to include the effects of drugs as well as alcohol, so evidently did lit‘s alter ego; E. E. Landy’s Underground Dictionary of 1971 defined “lit up” as “under the influence of a narcotic.”

Now let’s fast forward another half century and take a look at the ubiquitous lit in 2017, when it seems to embrace far more than just being enjoyably blasted or plastered — while retaining an essentially positive spirit. A good way of doing this is by analyzing lit’s extremely frequent outings on Twitter, where it seems to have exploded colorfully (although not surprisingly, given its slim 3-character profile) just in the last few years. All these Tweets were published earlier today, so this is lit in its most modern, fashionable and 21st-century get-up.

First, referring to MVKDRE’s need for a new autobiography: 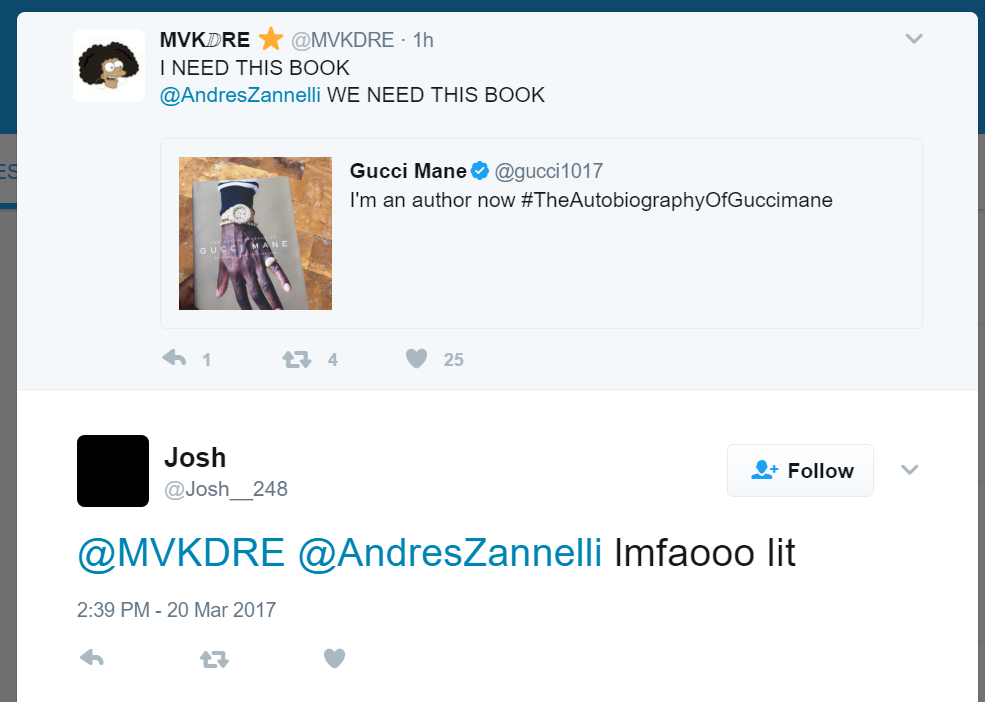 And I don’t think Josh is referring to literature here …

Next, when describing the solo output of singer-songwriter Park Subin, Jinnie lets us all know:

Again, this presumably isn’t a reference to Subin’s literary skills, or even to any suggestion of intoxication on the part of the songs or their composer.

Now, here’s a fan of the TV soap Isibaya Mzansi Magic lamenting the fact that he missed last week’s episode, but giving it what seems to be a pretty good review:

And then lit takes on a comic-poignant vibe when Kanehoalani responds to #42’s news about his or her grandfather’s footwear:

A mixture of laughter and pathos, perhaps, for the fashionable older gent?

When Xtina takes her kids on a particular excursion, she finds the experience pretty intoxicating:

I bet Mickey Mouse wishes he were lit too. Literally.

And last but not least, while on the subject of experiences: here’s someone who’s getting himself ready for a real treat, and he’s making sure the Twittersphere is paying attention: 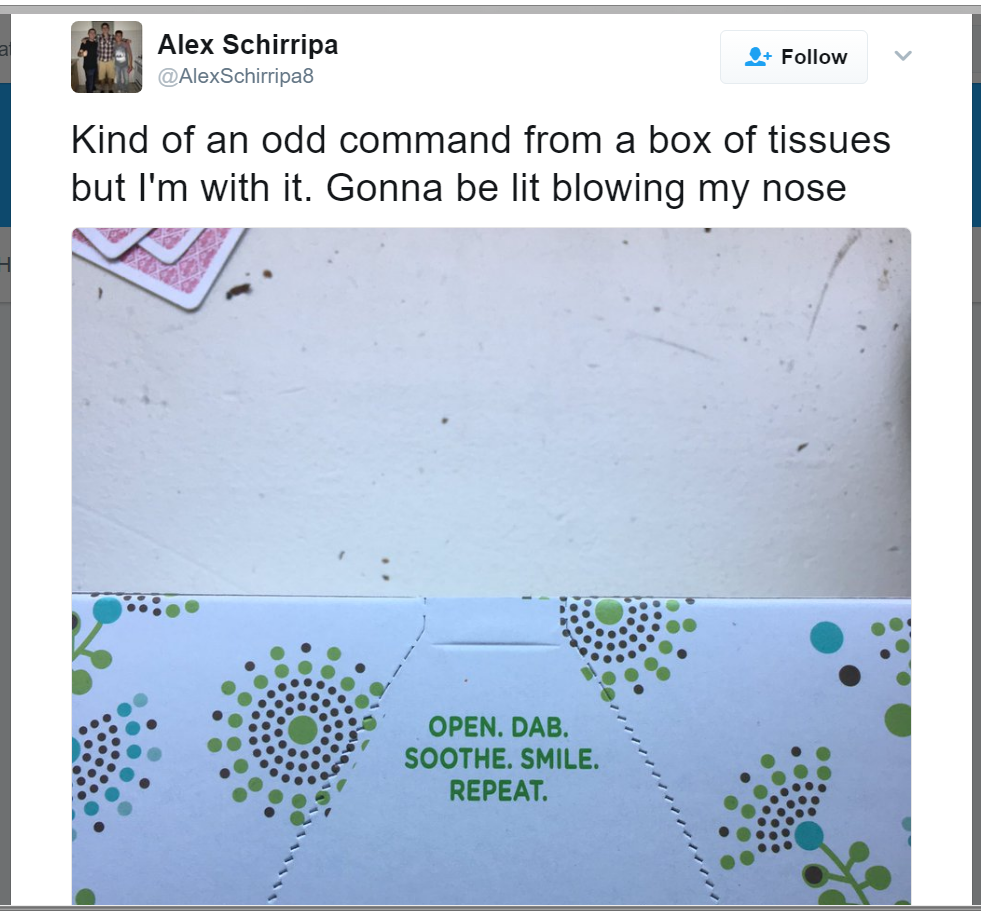 Finally, to get the scoop on lit as a past participle or an adjective describing something that has been either illuminated or set alight, you can read Glossophilia’s earlier post “You say lit, I used to say lighted”.

Citations of lit (meaning drunk) from the Oxford English Dictionary: