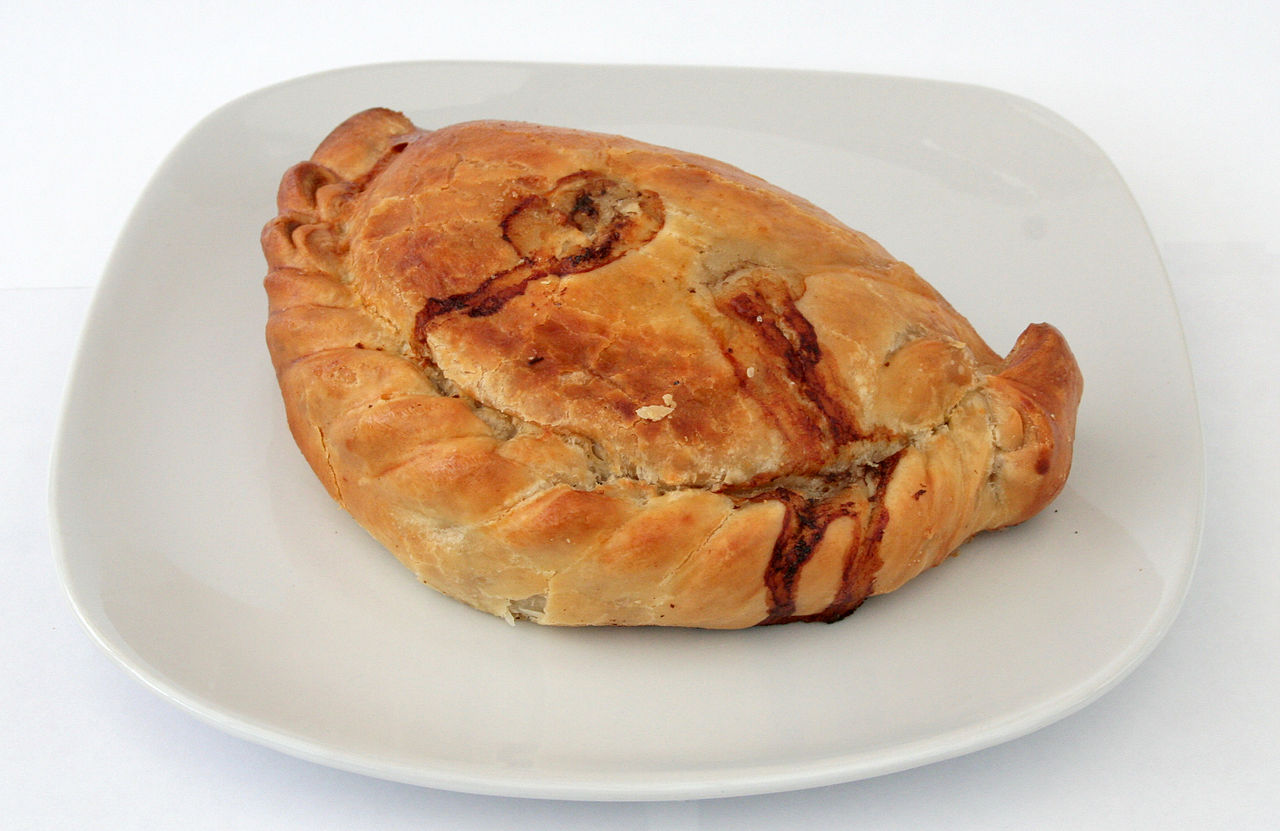 “Controversially, I understand the Cornish pasty may have been invented in Devon.” This explosive statement was made yesterday by Celia Richardson, the director of communications for Historic England. Er – what?

“Ms Richardson’s remark,” according to The Telegraph, “was based on a book by Dr Todd Gray, an Exeter University academic who claimed the pasty originated in Devon. He cited a document found at Plymouth and West Devon Record Office, dated 1509, which refers to a cook charging for “labour to make the pasties”. It is not until 236 years later, according to Dr Gray, that a written record appeared in Cornwall.”

As the History Channel explains, the Cornish pasty was invented as a lunch for workers in the ancient English tin-mining county of Cornwall:

Few meals have roots as deep as the Cornish pasty, a hand-held meat-and-vegetable pie developed as a lunch for workers in the ancient English tin mining region of Cornwall. With its characteristic semicircular shape and an insulating crust that does double-duty as a handle, the humble pasty—which, perhaps unfortunately, rhymes with “nasty” rather than “tasty”—today receives special designation, along with Champagne and Parma ham, as a protected regional food by the European Union. …  The Cornish pasty descends from a broader family of medieval English meat pies. The earliest literary reference to pasties is likely from Chaucer’s “Canterbury Tales.” Legal records from 13th-century Norwich describe pastry-makers accused of reheating three-day-old pasties for sale as fresh. In London, a 1350 regulation barred cooks—on pain of imprisonment—from charging more than a penny for putting a rabbit in a pasty. These pasties (and the alleged venison pasty 1660s London diarist Samuel Pepys suspected was actually beef) were little more than cuts of meat wrapped in pastry dough. By then the Cornish pasty—made from chipped beef, potatoes, swedes (rutabagas) and onions—had already taken its place in Cornwall’s regional cuisine. The Cornish pasty was a food for families, fishermen and farmers, but it shone in the closed-in darkness of Cornwall’s mines. … For Cornish men and boys heading underground, the pasty amounted to a highly efficient food: self-contained, self-insulated and packed with calories. The thick semicircular edge of the crust could be monogrammed with carved-dough initials or toothpick codes to make sure each man and boy took the right pasty as he headed to the mines. The ropelike crust had an additional virtue: miners’ hands were often covered with arsenic-laden dust, so the crust could function as a disposable handle.

There’s even evidence that pasties were eaten by royalty, as a letter from a baker to Henry VIII’s third wife, Jane Seymour (1508–1537), confirms: “hope this pasty reaches you in better condition than the last one….” That was claimed by The Observer in 2001.

Etymology of a pasty

But where does the word pasty come from? Etymology Online explains that the name for the pastry pie dates back to around 1300, and comes from the Old French paste (meaning “dough”, “pastry”), which in turn is from the Vulgar Latin* pastata — “meat wrapped in pastry” — from the Latin word pasta.

Is a pasty a pie?

As Cornwall Live reported earlier in the year: “It was a controversial decision but a pasty took the coveted British Pie Awards trophy in 2016. The beef skirt and vegetable pasty beat 815 other entries to take the Supreme Champion title. … Matthew O’Callaghan, chairman of the British Pie Awards and Melton Mowbray Pork Pie Association, acknowledged that the decision to award the above trophy to a pasty would fuel debate about the difference between a pasty and a pie. ‘I know many will be surprised to see a pasty winning the British Pie Awards, but the definition of a pie is a filling totally encased in pastry,’ he said. “Pies come in all shapes including round pies, square pies and pasties. A pasty is simply a subsection of a pie.'”

An adjective for Devon?

Anyone or anything relating to Cornwall is referred to as Cornish. Is there a similar adjective for Devon? Yes, it’s “Devonian.” (OED)

Is that naughty Latin? Vulgar Latin, also known as Sermo Vulgaris (“common speech”), is a generic term for the nonstandard (as opposed to classical) sociolects of Latin from which the Romance languages developed.