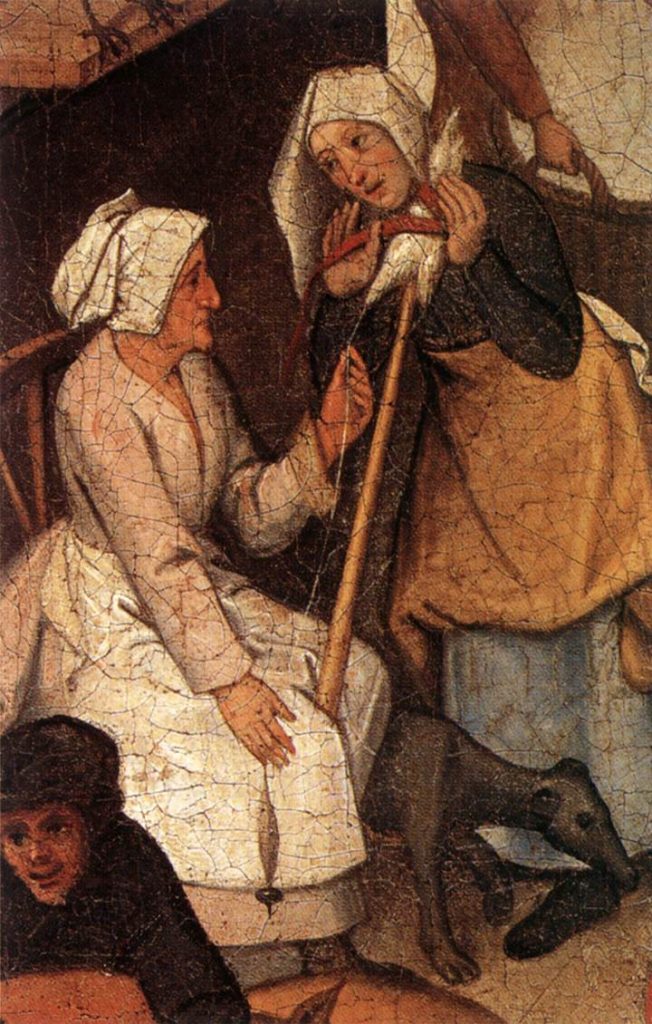 According to Ben Healy writing recently in The Atlantic, there might be evidence to suggest that gossip is healthy and good for us. Really? To my mind there’s a slightly onomatopoeic quality to the word itself, with the hiss of a whisper at its center and the heavy thud of its first syllable both implying that surely nothing good can come of it. Have you ever stopped to wonder where the slightly strange word comes from?

It’s a very old word, gossip, and in its first outings, way back in the second century, it meant “one who has contracted spiritual affinity with another by acting as a sponsor at a baptism” — i.e. a godfather or godmother. And this makes sense when you look at the spelling of the Old English version of the word — godsibb — which basically combined God + sibb (“relative”, as in sibling). As early as 1014, Wulfstan wrote of “Godsibbas and godbearn to fela man forspilde wide gynd þas þeode.”

Fast forward a few hundred years the turn of the 14th century, when the word in Middle English — now spelled more like the one we know today (gossip) — came to mean “a familiar acquaintance, friend, or chum,” and especially referred to a woman’s female friends invited to be present at a birth. As T. Fuller wrote in 1662: “They are as good evidence to prove where they were born, as if we had the deposition of the Midwife, and all the Gossips present at their Mothers labours.” Shakespeare, in his Midsummer Night’s Dream of 1600, wrote: “Sometime lurke I in a gossippes bole, In very likenesse of a rostedcrabbe.” But around this time, from the 16th into the late 19th century, the nature of these female chums became much more defined, with gossip also meaning: “A person, mostly a woman, of light and trifling character, esp. one who delights in idle talk; a newsmonger, a tattler.”

It wasn’t until 1811 that the sense of gossip took on another meaning: in addition to the idle female tattlers it had described since Middle English, now it also defined “the conversation of such a person; idle talk; trifling or groundless rumour; tittle-tattle.” And that’s the principal meaning of the noun we know and use today, although it still also describes the people from whose mouths the chatter spills. Their character is much different from the God–sibbs of yore, and their conversation surely lacking in their original godliness.