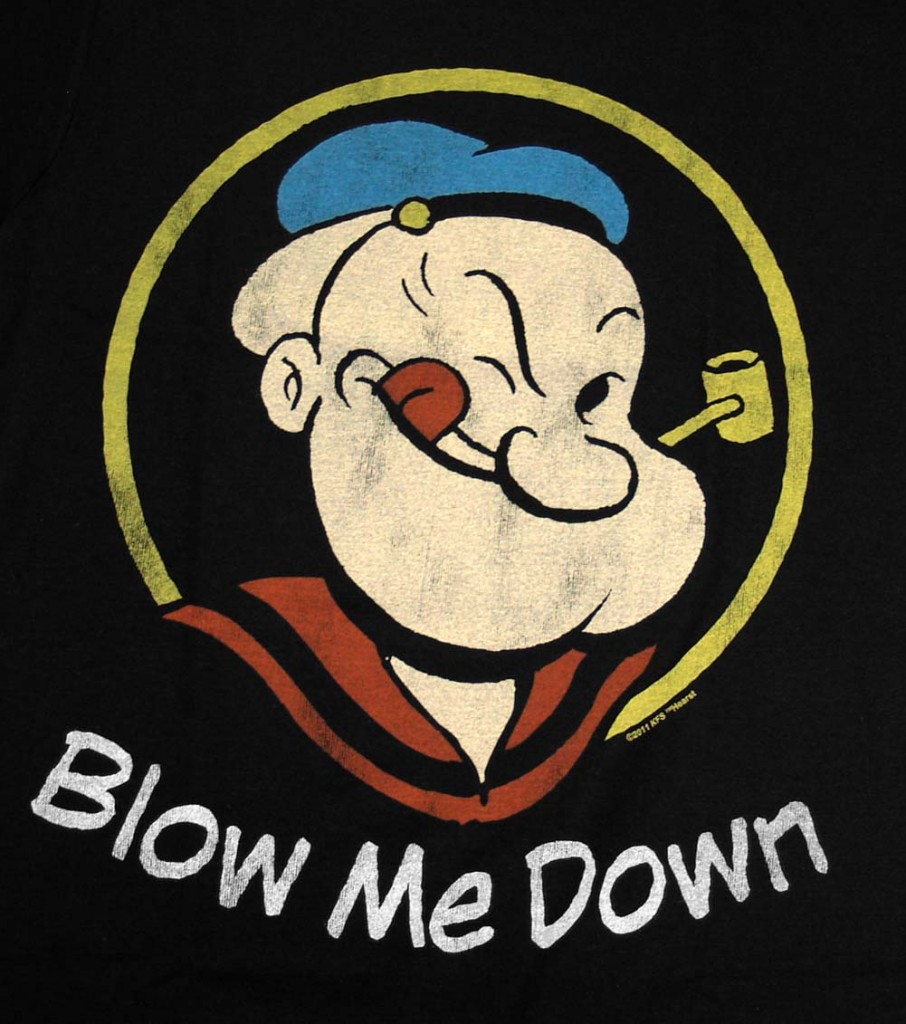 Well blow me down (with a feather).

“’Well, blow me down,’ he says, ‘I was unlocking the door the other night when I heard a faint thud in the garden.’ — Mike Madden of Honley on finding a ‘meteorite’ in his garden. Huddersfield Daily Examiner, 31 Oct 2014

An expression of astonishment. As World Wide Words explains, the expression “can be traced to Britain near the end of the eighteenth century. There seem to have been at least two strands to its creation, in both cases the verb being in the sense of the wind blowing. One was a sailor’s oath, blow me down!, roughly meaning “may a gale strike me!” … The other early form was blow me tight! which might suggest inflating a balloon to the point of explosion, but which could be related to an older sense of blow for speaking loudly or angrily or uttering boastful language.”

I’ll be blowed: “Imagine that eh, well I’ll be blowed, over paid 2nd rate actors playing a childish game, that needs to have it’s profile lifted. Any advertisement is good I suppose. What better way than to involve a law suit or 2. But the chocolateer has done the right thing to save his bacon.” — comment on an article  about a chocolatier who refused to write a boy’s first name on a chocolate Easter egg for fear of Wayne Rooney suing for breach of copyright (sic) on Yahoo Sport, 15 April 2014

Well I’m blowed: “This week I found out he is quitting the chat show, saying he felt it was time to move on and he had some exciting new projects ahead. Well, I’m blowed.  I’m minded not to  book that ticket  for Madame Tussaud’s, to add a touch of my Guerlain lippie to the Titchmarsh, after all.” — Lynne Mortimer interviewing Alan Titchmarsh, East Anglian Daily Times, 26 March 2014