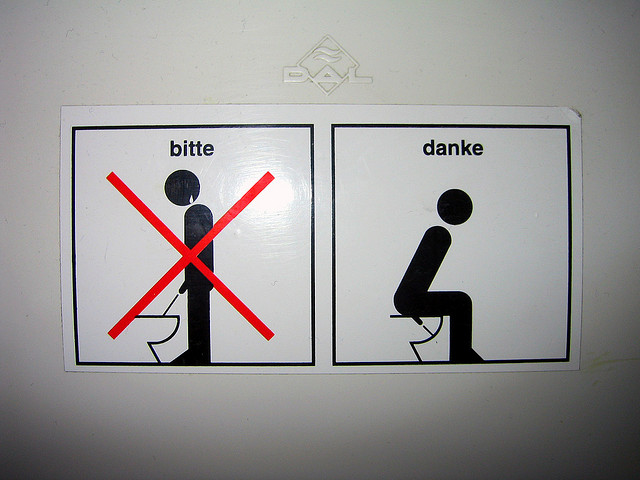 Do we say thanks too much? “Thank you” (or the appropriate equivalent — eg. thanks, tah, cheers, merci, etc.) tends to be said more frequently in some cultures — especially in English-speaking countries — than in others; many would argue that utterances of thanks and gratitude are dished out so habitually and gratuitously in England and the U.S. that the sincerity of the sentiment is often diminished.

The Chinese rarely say thank you to their family and close friends. And because they value humility, saying “thank you” after being paid a compliment can be perceived as arrogant. In Thailand, gratitude is generally conveyed using the “wai”, a gesture of hands clasped together as in prayer, which varies according to the social status of the person being thanked, and sometimes simply a smile will suffice; a verbal “thank you” is reserved for important actions that warrant sincere and special gratitude. The Nepalese have no words that translate directly to thank you or please; they adjust or conjugate their pronouns and verbs (much like the way the French use vous or tu) to reflect the level of respect they wish to convey, but don’t have dedicated “polite” words. (Similarly, most Scandinavian countries — certainly Danish, Finnish and Icelandic — don’t have an actual word for please.)

As for acknowledging thanks, the nature of the verbal response also varies from culture to culture and language to language, and seems to fall into three general categories. The first amounts to dismissing the act that inspired the thanks as unimportant or non-existent. The French say de rien, the Portuguese de nada, in Catalan, it’s de res — all translating roughly to “it’s nothing”. Then there’s almost the opposite: an expression of pleasure on the part of the person being thanked. The Dutch phrase graag gedaan translates literally as “gladly done”; when the Icelandic say gerdu svo vel, they mean “my pleasure”. And finally there’s a fairly common tradition of echoing back the word for please when you’re acknowledging an expression of gratitude. In Hebrew, Russian and a number of Eastern European languages, the way you say “you’re welcome” is by using the word for please. In Russia, it’s пожалуйста” (“pah-zhal-stah”); the Polish dual-purpose word is prosze; in Hebrew, it’s bevakasha.

In British and American English, we tend to use variations on the first two types of expression. An Englishman, if he does verbalize a response, is more likely to offer “of course”, “don’t mention it”, “it was nothing”, “by all means”, “no problem”, “no worries” (very common in Australian English), “that’s OK”, “that’s all right”, “my pleasure”, or “not at all”. The traditional “you’re welcome” is more of an American phenomenon. In fact, since the British have a habit of thanking everyone for the smallest and most trivial actions (they give thanks almost as much as they apologize), they’re less inclined to acknowledge all the gratitude being doled out — and therefore a nod or a smile, with deliberate eye-contact (which in itself is enough to make most English folk blush), will usually do the trick. The Americans are more conscientious (they will usually offer a verbal reply), less self-conscious and more effusive with their “you’re welcomes”, and common alternatives are “sure”, “sure thing”, or, even more informally, “you bet” — or “you betcha!”. That’s something you won’t hear an Englishman say.

Last year, Lynneguist on her blog Separated by a Common Language wrote a detailed and nuanced post comparing American and English usage of please, thank you and other general terms and expressions of politeness (a video of her TEDx talk on the subject at Sussex University accompanies the piece). It’s well worth a read to understand some of the more subtle differences in manners — both linguistic and social — between the Yanks and the Brits.

Here are a few international versions of “you’re welcome”, with their literal translations where I’ve managed to track them down:

Brazilian/Portuguese: de nada, “of nothing”

Danish: selv tak, “thanks yourself”

Icelandic: gerdu svo vel, “my pleasure” or “there you go”

Spanish: de nada, “it’s nothing”, or mi gusto, “my pleasure”

Swedish: varsagod, “be so good”