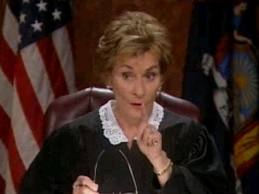 NewsOK ran this interesting article earlier today about the past participles and past tenses of weak and strong (or irregular) verbs, and variations in their usage amongst the Brits.

I’ve been meaning to write a post on ‘hung’ and ‘hanged’, ‘sung’ and ‘sang’, ‘lighted’ and ‘lit’, and other treacherous conjugations. Stay tuned for more on this murky subject of the past tense …

The English pleaded, the Scots pled

As she watched a televised account of the Casey Anthony trial, Katherine Lawrence, of Edmond, heard a reporter say, “She pleaded guilty to the charge of lying to officers on the whereabouts of her child.”

“I would have said, ‘She pled guilty to the charge,’” said Katherine, as Buck bled her brake lines at Curly’s Soonerco. “I’ve noticed this same thing for other irregular verbs. What do you think?”

In American practice, “plead” is used as both a strong and a weak verb. Most standard American dictionaries lead off with the weak version: pleaded. But they also allow the strong version, “pled.” The Associated Press Stylebook, the usage bible for most American newspapers, regards “pled” as colloquial and directs AP writers to use “pleaded” instead.

“Pleaded” became established usage in England centuries ago, but the independent-minded Scots adopted “pled,” and it became standard in their dialect. The Scots-Irish settlers who populated so much of the United States brought “pled” with them, and Americans tended to like it. It is, after all, one syllable shorter, and it follows the standard pattern of “bleed-bled,” “feed-fed” and “lead-led.”

1 thought on “The English pleaded, the Scots pled”