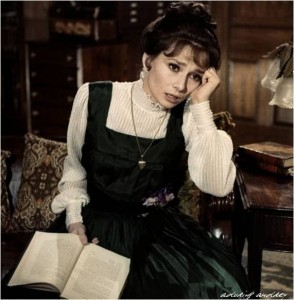 I read somewhere recently (but can’t remember where) that one of the most common areas of complaint directed towards the BBC from viewers and listeners around the world is not what you might think it might be. It’s not claims of bias or prejudice, inaccuracy, prurience or falsehood that have people shaking their fists: it’s the far more serious crime of mispronunciation that has people raising their voices in anger — whether the word in question comes out sounding sloppy or just plain wrong. And I’m sure these complaints are the bane of many radio hosts’ professional lives.

Don’t blame the radio guy. There are many everyday words whose pronunciations are almost universally incorrect – or at least sloppy – simply because of the spelling and construction of the words themselves. It often boils down to too many voiced consonants being near or next door to each other in the word, making it difficult for the mouth, tongue, lips and soft palate to wrap themselves around the complex sounds and resulting in lazy annunciation. A second “r” that follows too soon after the first is a good example of this: February more often than not comes out as “Feb-ry” or “Feb-you-ary”; surprise as “suh-prise”; berserk as “buh-serk”; governor as “guv-uh-ner” or “guv-ner”; and library as “libe-ry” or “libe-ery”. Other common consonant clashes that twist the tongue (especially in the middle of words or after particular vowel sounds) are “cl”, “ct”, “dn”, “sthm”, “sk”, “lfth”, and “gn”: see some examples of these below.

But sometimes it’s about more than just lingual laziness. There are several words that are commonly mispronounced because the word simply doesn’t look like the way it should be pronounced, especially when its spelling points the reader towards a more obvious or regular pattern of pronunciation. This is sometimes the case with words that are more often seen in print than heard spoken aloud; highly literate and educated people can go whole lifetimes before realizing that the slightly obscure word they’ve been reading on the page (and imagined articulated a certain way) is actually the same as another unusual word they’ve heard pronounced differently. See if you’re surprised by any of these commonly mispronounced gems:

Here are a couple of words that seem to have a strange but common American pronunciation — at least they do to my British ear:

mischievous — pronounced with four syllables: “mis-CHEE-vee-us”. Where did that extra “vee” syllable come from?

pianist — pronounced with just two syllables: “PEEN-ist”. A bit too close to another word for comfort; where did that third syllable, that includes the ‘a’, disappear to?

The next post will be about differences between American and British pronunciations of foreign loan words. You say ‘erb and I say herb: Let’s call the thing off…