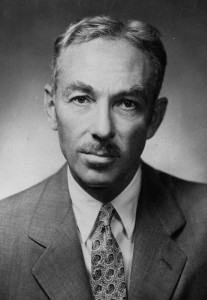 E. B. White, the American writer best known for his children’s books Charlotte’s Web and Stuart Little, was also a co-author of the authoritative language manual The Elements of Style (more commonly known as Strunk and White). The distinguished author contributed for several decades to The New Yorker, and it was on the letterhead of this storied publication that White sent a tardy reply to a letter from one of his fans, “Mike”, who had written to White asking for his advice on what an author had to do in order to get a book published.

“It is not often that someone comes along who is a true friend and a good writer.”

“Commas in the New Yorker fall with the precision of knives in a circus act, outlining the victim.”

“Semi-colons only prove that the author has been to college.”

“I can only assume that your editorial writer tripped over the First Amendment and thought it was the office cat.”

“I don’t know which is more discouraging, literature or chickens.”

“A writer’s style reveals something of his spirit, his habits, his capacities, his bias … It is the Self escaping into the open.”

“I admire anybody who has the guts to write anything at all.”

“A writer who waits for ideal conditions under which to work will die without putting a word to paper.”

“Trust me, Wilbur. People are very gullible. They’ll believe anything they see in print.”

“Writing is both mask and unveiling.”

“Writing is an act of faith, not a trick of grammar.”

“Writing is hard work and bad for the health.”