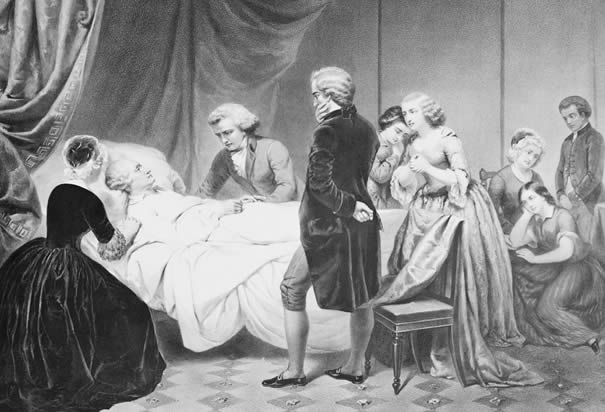 I’ve recently marked an anniversary of my beloved partner’s untimely death, and a new musical work addressing the subject of dying is preoccupying my professional mind. We find it hard to talk about death. Even in our commonly unfiltered world in which our every thought and observation is broadcast widely and uncensored, the subject of death and dying is one of our last lingering taboos — or at the very least an area of verbal discomfort. There are worldwide historical taboos banning the utterance of a deceased person’s name; Freud argued that such taboos stem from the fear of the presence or of the return of the dead person’s ghost. Many of us find it hard to express our condolences to the recently bereaved, or even simply to report on a person’s death: we struggle emotionally, empathically and linguistically to find the right words. And so the verb “to die” — so stark in its definitive and final form, and yet so direct and honest in its simplicity — is often and increasingly replaced by words and sayings that soften the idea of this fearful human fate that befalls us all. Apparently more pronounced among American rather than British English speakers is a growing tendency to reach for expressions such as “passed away”, “passed on”, or simply “passed” to articulate the fact that their loved ones have made their final journeys; for many, the verb “to die” is either too harsh or fails to embrace the notion of life enduring, religiously or spiritually, beyond the grave. But there are also many who prefer to address the ultimate human act of submission using the three-letter word that best describes it, honestly and unambiguously.

Michael Goldfarb, an American author, journalist and broadcaster based in London, argues for telling it the way it is:

When did the verb “to die” and the nouns derived from it—dead, death, etcetera — get excised from American usage to be replaced by “to pass.” Wind gets passed. I hereby authorize all 500 plus of my Facebook friends to say of me, when the moment comes, that “Michael died, is dead, his death was a tragedy,” etcetera.  Please don’t say, “I’ve passed.” If you need a euphemism, say “I’ve shuffled,” as in shuffled off this mortal coil.

But we’re not always looking for niceties when it comes to the difficult discussion of death. Ben Zimmer, the former New York Times “On Language” columnist, explained in more detail this tendency not just for euphemism but also for dysphemism: “I wouldn’t say it’s falling out of favor. But in American English — as in other varieties of English and other languages — there can be many, many different ways of describing death. There’s the straight forward verb “to die.” But then we have more euphemistic expressions. So something like “to pass away” softens the image of death a little bit. That term is probably the most favored euphemism for death. But, you know, actually in journalism they tell you if you’re writing an obituary, you should say “die” instead of “pass away” or something poetic like “departed this life.” Death is one of those areas that attracts a lot of euphemisms. Sometimes the euphemistic terms may be religious and focusing on the afterlife. So, if you say someone is “going to depart this life” or “meet his maker.” But you know, English is a very rich language, and it has not just euphemisms, which make things softer, but also dysphemisms, which make things rougher and blunter. So we have these colorful idioms like “kick the bucket” or “cash in your chips” or “buy the farm.” There are all sorts of rough and ready expressions that we use for death when we’re not being so careful.”

A search of the term “pass away” on the Corpus of Contemporary American English turns up 165 results, most of which refer to a person dying; a similar exercise on the British National Corpus produces just 21 instances — only seven of which refer to human beings ending their lives, and one of which, from Enemy territory by Andrew Walker, states firmly: “People do not ‘pass away’, ‘pass on’, ‘fall asleep’ or even get ‘promoted to glory’: they die.” Why it is that Americans seem to shy away from using the simple and unequivocal “die” whereas Brits tend not to beat about the bush is debatable. Does it come down to excessive political correctness, greater sensitivity and empathy, or more pervasive religiosity in the American psyche? Or are the Brits just more matter-of-fact by nature and in their language choices?

Here are some of the ways we talk about someone having died — from the serious to the comical (and possibly offensive to some). Feel free to add further contributions to the comments section below.

Dysphemisms:
Croaked
Started a worm farm, or bought a farm
Is pushing up daisies
Kicked the bucket
Cashed in his chips

Nobody loses all the time (final verse)

and started a worm farm)