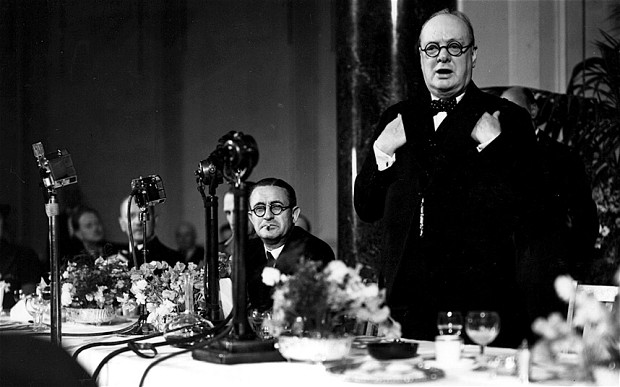 A couple of days late this week, That Gerund Is Funky looks at words and punctuation in the news: two stories out of Cambridge – about bad spelling and wordless poetry; the role of the exclamation mark; has poetry become irrelevant?; and some extinct slang.

“Punctuation, more than anything else, turns the written word into the spoken word inside your head. Know your punctuation, and you can magically signal to the reader of your writing when to speed up; when to slow down; when to make the prose flow; when to give it a stop-start, staccato rhythm; when to pause; when to trail off into ellipsis…” Harry Mount writes in The Telegraph about why punctuation matters; just try reading Churchill’s famous speech without commas …

Workmen have corrected the spelling of road markings in a Cambridge car park by painting over an errant additional letter with black paint. A spokeswoman for the NCP, which owns the car park, said the newly blacked-out letter “i” was a temporary measure and contractors would be returning to repaint the whole word correctly. “You don’t think you actually have to check whether they know how to spell ‘minute’,” she said. “We’ll be testing them from now on.” The BBC has the story.

Students at the University of Cambridge who were sitting an English literature practical criticism paper were surprised when they turned over their exam papers. The piece they were asked to read and analyze was Tipp-Ex Sonate by the South African writer and musician Andre Letoit (aka Koos Kombuis). The poem is comprised simply of parentheses, quotation marks, an exclamation point and a question mark. The BBC reports on this unusual

English broadcaster Jeremy Paxman believes that today’s poets have stopped talking to the public and that they write mostly for each other. Poetry is an art form, he claims, that has “connived at its own irrelevance”. The Guardian reports.

The exclamation mark, once reserved for expressing joy or excitement, now simply marks baseline politeness (a fact brilliantly expressed by an Onion article headlined, “Stone-Hearted Ice Witch Forgoes Exclamation Point”), and when we see a text or email that lacks it, we instinctively wonder what’s up. This is partly explained, research suggests, by the fact that it’s a lot harder to get across tone in written conversation — particularly when it’s abbreviated — as compared to vocalized interaction. Melissa Dahl explores this matter in New York magazine’s Science of Us blog.

“This book is dedicated to my parents, Ayn Rand and God”.  mental_floss presents some of the quotes that have served as shots exchanged in the Oxford comma wars.

“Happy cabbage”, “a butter and egg man”, “to give someone the wind”, a “nose bagger”, “hotter than Dutch love in harvest”, and “blanket hornpipe”: some lovely old slang phrases that should never have gone away. Read the mental_floss article to find out what they meant, and for more extinct slang.