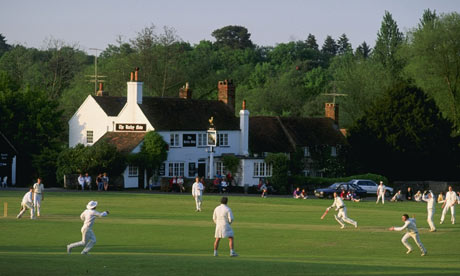 “Raising UK interest rates soon simply isn’t cricket, the Bank of England’s chief economist has declared, in an intervention that swapped the spreadsheet for the Wisden almanack.” — The Guardian, 17 Oct 2014

“‘For instance, in the UK, tipping for food in restaurants is OK, although unexpected as service charges are generally included. Yet, tipping for drinks at a bar is just not cricket!'” — Daily Mail, Oct 16, 2014

Not fair, not cool old chap. Cricketers are the ultimate sportsmen: it’s a gentleman’s game. If it’s not on, it’s just not cricket.