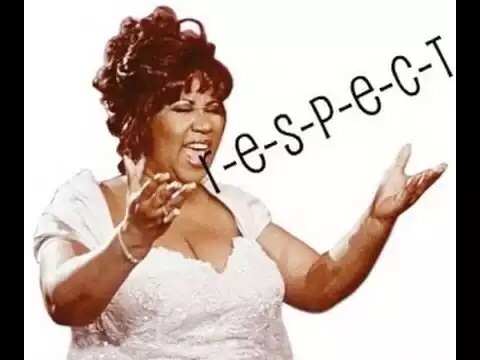 “Ayo I got the mad skills that make you wanna flex
I dominate this track so it’s time to have sex
But just chill while I get all in it
Cause I’m about to rip it, who said I couldn’t kick it
Uh, I get shots off just like a shotgun
Stick a fork in your butt, you’re just about done
I pour you MCs just like a lobster
Cause this hip-hopper gets props just like a mobster”

So rapped Da Youngstas in his song “Who’s the Mic Wrecka” — and I guess he should get props for rhyming “just like a lobster” with “just like a mobster”. Mad props, in fact.

According to Oxford Dictionaries, props means “respect or credit due to a person”. But where does it come from? Is it related to theatrical props?

As the OED explains, it’s a shortened version of another, older slang word meaning “due respect”: propers. This noun — a plural twist on the adjective proper contracted with respects, and only ever plural in its slang outings — emerged in the late ’60s in informal African-American speech, and was first seen in print in the Chicago Daily Defender in January 1971: “A level of existence which affords each black man his propers—dignity, pride,..and the ability to govern his destiny.”

Recognize these lyrics, from Aretha Franklin’s 1967 song on that subject?

Many people mishear that word propers and think she’s singing “profits”, but they couldn’t be more wrong: it represents the very crux of the song, which is spelled out literally in its title: R-E-S-P-E-C-T. As its author Otis Redding said shortly before his death in 1967: “That’s one of my favorite songs because it has a better groove than any of my records. It says something, too: ‘What you want, baby, you got it; what you need, baby, you got it; all I’m asking for is a little respect when I come home.’

That informal synonym for respect evolved and shortened over the next couple of decades into props, cropping up in hip-hop lingo towards the end of the 20th century. As the lexicographer Grant Barrett explained to the Chicago Tribune about ten years ago, the first known example of “props” in print appeared in a 1990 profile of the rapper Roxanne Shante in that same newspaper: “I was one of the first female rappers, but I’ve always gotten my props. … That means I get respect.” It was around this time, Barrett adds, that props “exploded on the scene as part of the hip-hop revolution.”

And as for “mad props”? Well, nowadays props is almost invariably accompanied by its own quirky intensifier: the slang mad that means essentially “many, very, or anything that comes in spades”. As in “mad dough”, “mad hungry”, “mad down”. And you don’t have to be a rapper to give or receive mad props any more: those props are now common linguistic currency.  You might be inclined to restrain yourself a little after a certain age — paradoxically when mad props are probably most in order and most appreciated. So maybe just give them out anyway (just a little bit) — when you get home (just a little bit).