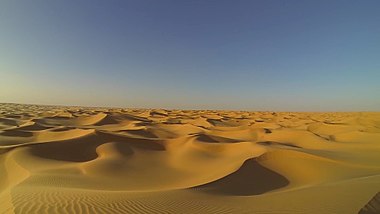 I guess we all learned something new yesterday, thanks to a certain headline …

Punishing Wells Fargo: Just Deserts, or Beating a Dead Horse? So asked the New York Times in its headline a few days ago. What seems wrong with it? Is the word deserts missing a double ‘s’? You wouldn’t be alone if you thought it was a giant typo; a lot of eagle-eyed readers wrote to the newspaper pointing out their homophonous gaffe.

We so rarely see the phrase “just deserts” in print, tending to hear it spoken aloud more often, and on that basis we make assumptions about its spelling. Because in that phrase the emphasis of the second word is on the second syllable — as it is for the noun describing our yummy mealtime “afters” and not for the arid duney landscape — it only stands to reason that the word in “just desserts” should be spelled that way. But you’d be wrong in that assumption.

Deserts here is the plural of desert, a word meaning “that which one deserves.” This meaning of desert with one ‘s’ is now archaic and rarely used outside the phrase “just deserts.” The phrase “just desert” means “what a person or thing really deserves, especially an appropriate punishment”, and it’s now used mostly in the plural form, “just deserts.” It dates from the mid-16th century, with its earliest use found in the writings of Nicholas Udall (1504–1556), a schoolmaster and playwright.

The New York Times‘s Philip Corbett cleared up the gaffe-that-wasn’t-a-gaffe confusion on the NY Times Reader Center’s bulletin board a couple of days later.