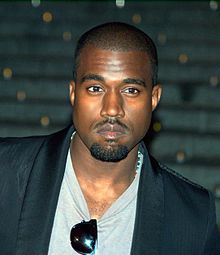 Back in 2013, the one-and-only Jay-Z dropped his hyphen and decided to become known by his two names. (See Glosso’s earlier post, “Jay Z no longer mononymous”.) Then, four years later, he popped the hyphen back in, and returned to his one-named identity (see “The Return of Jay-Z’s hyphen“.) Today, another unique rapper has done the same thing and assumed a single moniker. In Kanye West’s case, he has become “Ye.”

As the BBC reports of Kanye West: “‘The being formally [sic] known as Kanye West. I am YE.’ … ‘I believe ‘ye’ is the most commonly used word in the Bible, and in the Bible it means “you,”‘ West said earlier this year, discussing his album title with radio host Big Boy. ‘So I’m you, I’m us, it’s us. It went from Kanye, which means the only one, to just Ye — just being a reflection of our good, our bad, our confused, everything. The album is more of a reflection of who we are.'”