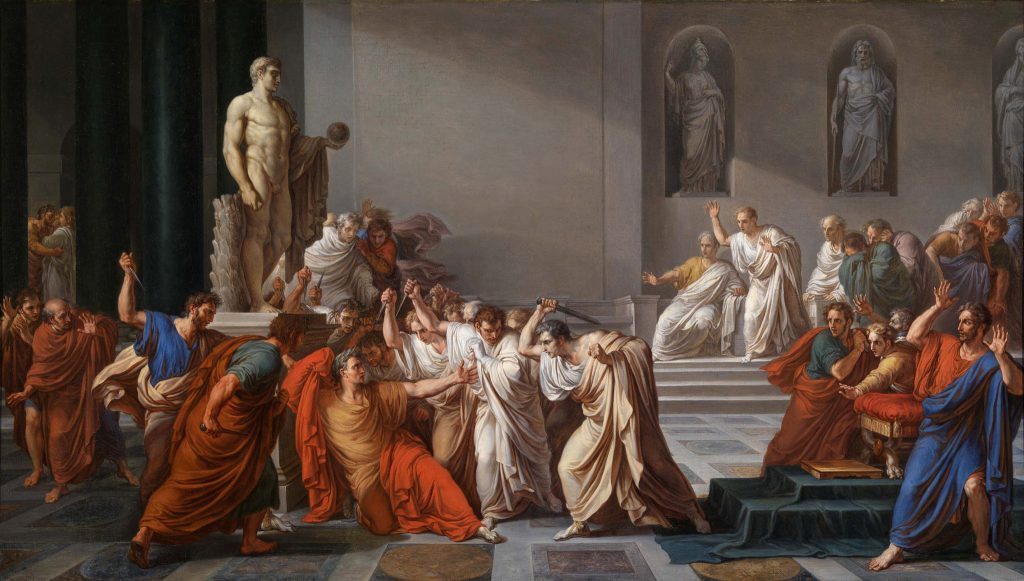 The Death of Caesar (1798) by Vincenzo Camuccini / Wikimedia Commons

Ides: The “middle day of a Roman month,” early 14th century, from Old French ides (12c.), from Latin idus (plural) “the ides,” a word perhaps of Etruscan origin. In the Roman calendar the eighth day after the nones, corresponding to the 15th of March, May, July, and October; the 13th of other months. “Debts and interest were often payable on the ides” [Lewis]. (from Online Etymology Dictionary)

Caesar:
Who is it in the press that calls on me?
I hear a tongue shriller than all the music
Cry “Caesar!” Speak, Caesar is turn’d to hear.

Soothsayer:
Beware the ides of March.

Caesar:
What man is that

Brutus:
A soothsayer bids you beware the ides of March.

— from Julius Caesar by William Shakespeare