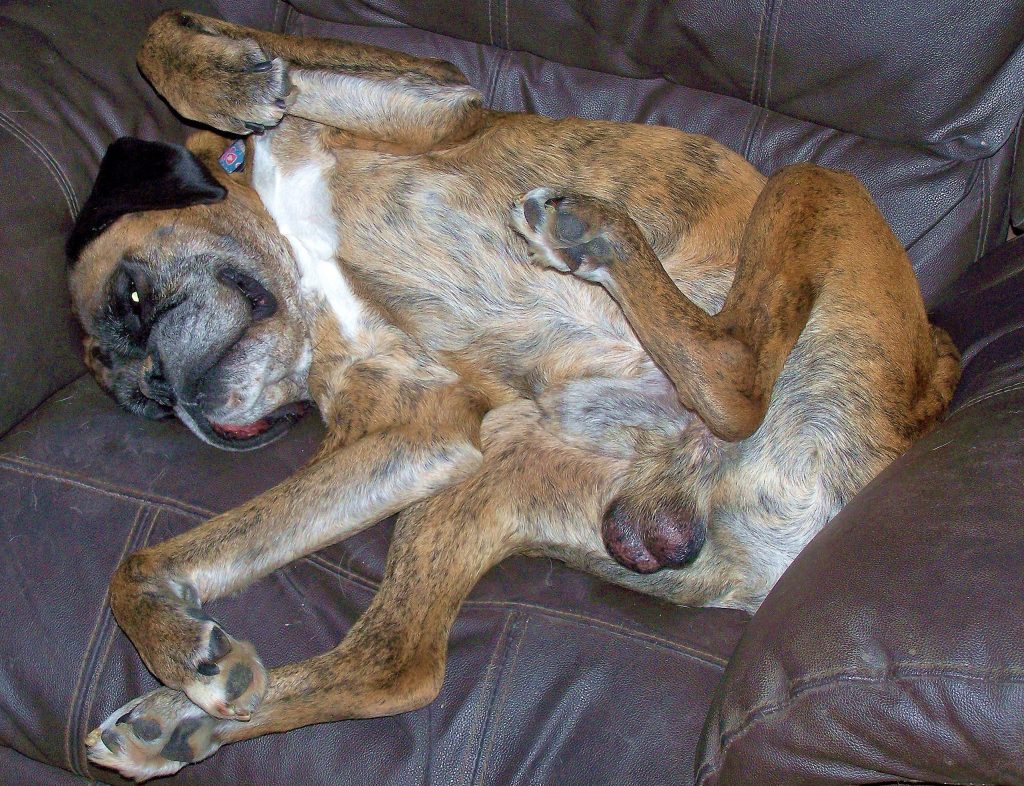 You learn something new every day. Today I learned something about one of my favorite phrases. Do you know what “dog’s bollocks” meant originally? (I bet you don’t.) Here’s a clue: it represented what the dog is apparently doing in the picture above. And, perhaps more importantly, do you know what the phrase means today?

“Dog’s bollocks” (or “dog’s ballocks”) is an outdated typographical construction consisting of a colon followed by a hyphen or dash (i.e. “:-” or “:—”), which was at one time used to indicate a restful pause. The term — named after the construction’s phallic appearance — appeared at least as early as 1949, as cited by the Oxford English Dictionary and by etymologist Eric Partridge in his Dictionary of Slang and Unconventional English in the same year. The construction is primarily seen in British English, particularly in formal texts such as legal documents. Although it was at one time taught in schools, its use is now discouraged.

The modern British expression “dog’s bollocks” is now widely used in the UK to mean the same as the “cat’s whiskers”. (See Glossophilia’s earlier post “Cat’s pajamas, bee’s knees and dog’s bollocks” for the meaning of that feline phrase.) Here’s another example of animal body-parts, with bollocks being the British slang for testicles. The OED cites an early example of the canine term being used in the sleeve notes for the cassette tape recording of Peter Brewis’s play The Gambler: “They are of the opinion that, when it comes to Italian opera, Pavarotti is the dog’s bollocks.”

Hat-tip to Rachel for drawing the typographical etymology to my attention.