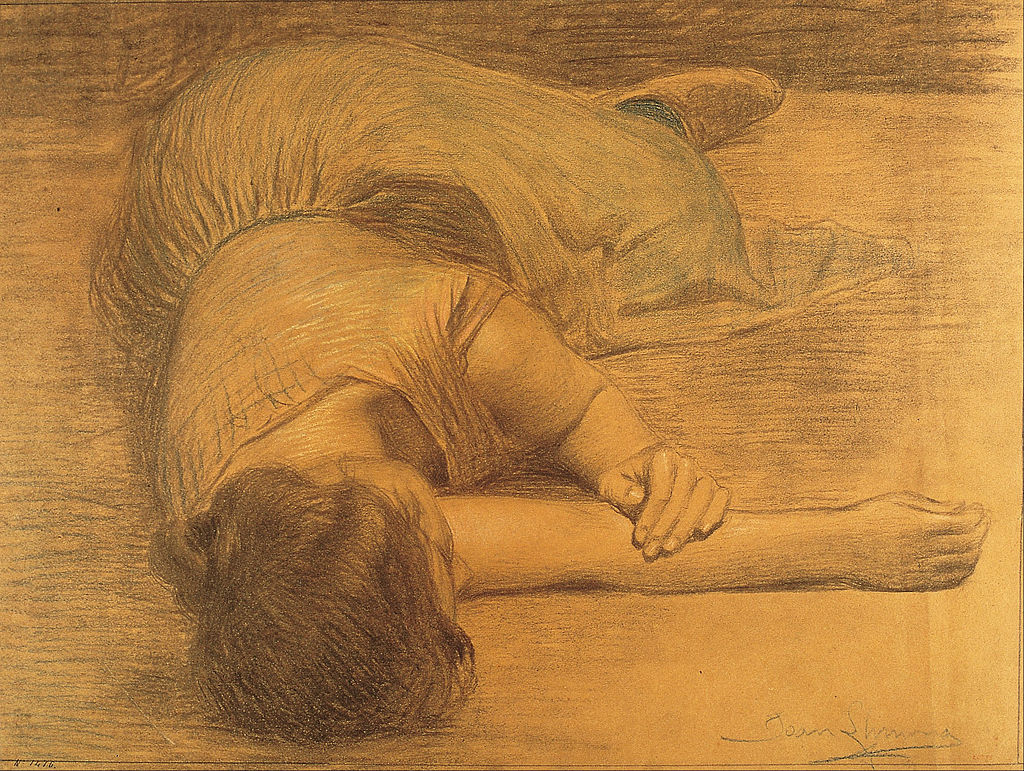 Would Dylan have been more correct to write “Lie, lady, lie“? It doesn’t have quite the same ring to it, does it? And we might have thought from the first few words that it was a song about deceit or infidelity. But it might have been more technically correct, vocabulary-wise …

Lay and lie are similar, but they don’t officially mean the same thing. (And we’re talking here about the “making horizontal” and “setting down” senses of these words – not the telling fibs or porkie pies kind of lie or lying. That’s another story altogether.) What makes things really confusing about lay and lie is that they mean different things and have different uses in the present tense, but one serves as the past tense of the other. OK, now you’re really confused. Take it away, Oxford Dictionaries: you explain it quite well. (And Glosso has thrown in some edits and examples to make it even clearer.)

The verb lay means, broadly, ‘to put something down’, as in “they are going to lay the carpet”. The past tense and past participle of this verb is laid, as in, “they laid the carpet” or “she had laid the baby on the carpet when he was tiny.” Lay is usually a transitive verb (at least in this sense) — i.e. it takes an object. You lay something, and you often lay it somewhere or in some direction.

The verb lie, on the other hand, means ‘to be in a horizontal position to rest’, as in “Why don’t you lie on the floor?” Now here comes the confusion: the past tense of this verb is lay (“Yesterday he lay on the floor”) and the past participle is lain (“Before yesterday he had lain on the bed”, or “I have lain in this hammock all my life”). Unlike lay, lie in this sense is an intransitive verb — i.e. it doesn’t take an object. You can’t “lie something” in the way that you can “lay something” like a carpet or a baby.

So, in technically “correct”* use, lay can be either the past tense of lie or the present and base form of lay. Many people make the mistake* of using lay, laying, and laid when they should* probably be using lie, lying, lay, and lain.

Below are some of the many modern verbal phrases that use either lay or lie. You can see that they all follow the basic rules outlined above.

* Important note: Having said all this, Glossophilia is not prescriptivist: we don’t believe in “rights” and “wrongs” of language, and it’s obvious what people mean when they use lay instead of lie. This post is to enlighten anyone wondering about the dictionary definitions of and differences between these two similar verbs.

For Loretta, who asked about lie, lay, laid and lain. Hope it answered all your questions!

Lay (as a verb) in phrases:

Get laid: have sex
Lay something bare: Bring something out of concealment; expose something
Lay down arms: Cease fighting
Lay claim to: Assert that one has a right to (something)
Lay a charge: Make an accusation
Lay down one’s life: Sacrifice one’s life for a cause
Lay someone low: (of an illness) reduce someone to inactivity
Lay hold of/on: Catch or gain possession of
Lay (your) hands on: Find and take possession of
Lay a ghost: Exorcise a ghost
Lay someone open to: Expose someone to the risk of (something)
Lay something on thick: Grossly exaggerate or overemphasize something
Lay oneself out to do something: Make a special effort to do something
Lay something aside: Put something to one side
Lay about: (British): To beat or attack (someone) violently
Lay something down: Formulate and enforce or insist on a rule or principle; pay or bet money; build up a deposit of a substance; store wine in a cellar; record a piece of music
Lay something in: Build up a stock of something in case of need
Lay into: Attack violently with words or blows
Lay someone off: Discharge a worker temporarily or permanently because of a shortage of work
Lay something on: (British) Provide a service or amenity; require (someone) to endure or deal with a responsibility or difficulty
Lay off: Give up or stop doing something
Lay something off: (in soccer) Pass the ball to a teammate; paint the final layer on a wall or other surface; (of a bookmaker) insure against a loss resulting from a large bet by placing a similar bet with another bookmaker
Lay something out: Spread something out to its full extent; arrange and present material for printing and publication; explain something clearly and carefully; spend a sum of money.
Lay over: (US) Break one’s journey
Lay up (golf): Hit the ball deliberately to a lesser distance than possible, typically in order to avoid a hazard
Lay someone out: Prepare someone for burial after death; knock someone unconscious

Lie (as a verb) in phrases:

Let something lie: Take no action regarding a problematic matter
Lie in state: Be laid in a public place of honor before burial
Take something lying down: Accept an insult, setback, or rebuke without protest
Lie heavy on someone: Cause one to feel troubled or uncomfortable.
Lie low: Keep out of sight; avoid detection or attention
Lie ahead: Be going to happen
Lie around: Pass the time lazily or aimlessly
Lie behind: Be the real, often hidden, reason for (something)
Lie off (nautical, of a ship): stand some distance from shore or from another ship
Lie in (British): Remain in bed after the normal time for getting up
Lie over (US): Break one’s journey
Lie with: be attributable to (someone); (archaic) Have sexual intercourse with