Originally posted in May 2011. 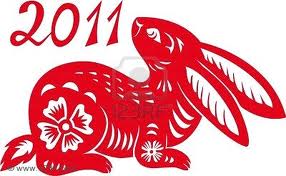 Following up on my earlier post about misused em dashes, here’s a good example of a situation in which a couple of those dashes might have come in handy.

An article published in today’s New York Times about former presidential candidate John Edwards facing criminal charges ( you can read it here) includes a poorly-worded and badly-punctuated sentence that bestows a nickname on a million-dollar fortune:

“Investigators have said that the money came from two top donors — Rachel Mellon, the heiress to the Mellon fortune known as Bunny, and Fred Baron, Mr. Edwards’s finance chairman, who died in 2008.”

A more careful copy-editor would have corrected the punctuation to make the sentence read as follows:

“Investigators have said that the money came from two top donors: Rachel Mellon, the heiress — known as Bunny — to the Mellon fortune, and Fred Baron, Mr. Edwards’s finance chairman, who died in 2008.”

Or more simply — and avoiding the em dashes altogether by using a well-understood practice of indicating monikers — the sentence could have placed the offending nickname in quotation marks between Ms. Mellon’s first and last names. Poor — or rather rich — Bunny.