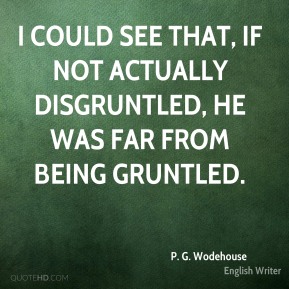 Disingenuous seems to be the word of the week at 21C: we’re all at pains to avoid seeming or being it in our work as publicists. But as one of my more literary colleagues pointed out: why don’t we use the word ingenuous* more often — i.e. without the “dis-” in front of it? Is there even such a word, and does it mean the opposite of disingenuous? (See below to find out.) And are there other words like this whose obvious opposites don’t seem to exist?Curiously, there are many of these so-called “unpaired words” in our vocabulary. When you take away the negative prefix — the “dis”, the “un”, the “in” or the “non” — from many a common word, you’re often left not with its glowingly positive antonym, but with a laughably stunted non-word. “Combobulate’, “kempt”, “cognito” and “couth”: without their leading syllables, they’re little more than impotent butts of a linguistic joke — even though they might once have been (or even still are) words of positive meaning and substance in their non-prefixed state.

Isn’t it interesting that historically we seem to have let many original — positive — core words slide into linguistic oblivion, while we hang on firmly to their negative opposites? Does this say something significant about us and our language? Actually, probably not, since these words all have their own quirky etymologies and journeys through life, often having come into standard English by means of other languages and acquired or shed subtle changes of meaning along the way. And what’s now interpreted as a negative or inverting prefix might never have been the role of that leading syllable during a word’s earlier incarnation.

Garner’s Dictionary of Legal Usage tells an interesting story about the word choate, which is apparently a back-formation from the often misunderstood inchoate. As Garner explains, choate “is a misbegotten word, for the prefix in inchoate is intensive and not negative. The word derives from the Latin verb inchoare “to hitch with; to begin.” Yet, because it was misunderstood as being a negative (meaning “incomplete”), someone invented a positive form for it, namely choate (meaning “complete”).” To read an amusing account of what Justices Oliver Wendell Holmes and Antonin Scalia thought about the word in the course and context of 19th-century legal disputes, read Garner’s article here.

There’s an earlier post on Glossophilia that tackles just this subject: when the prefix “in-” doesn’t necessarily mean “not” — with inflammable being a good and quirky example.

Below are some common unpaired words with their prefixes cut off (you can take a guess at what syllable usually precedes them). Some of the prefix-less remnants are “real” words, although many are archaic and most of them certainly unusual; their mostly unsurprising Oxford Dictionary definitions are given where they exist. As for the remaining non-words, they’re surely good fodder for poets and comedians.

* disingenuous: Not candid or sincere, typically by pretending that one knows less about something than one really does