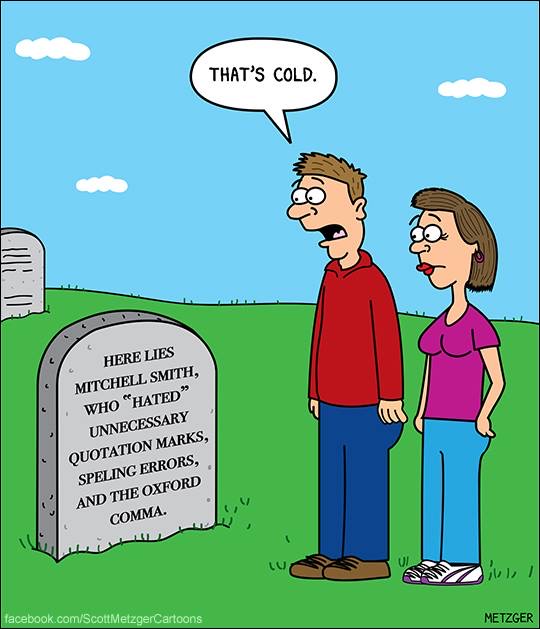 This is an unusually personal and serious post for Glossophilia, but I’ve been thinking a lot recently about what it takes to be a good editor. Over the past year or so I’ve been editing my late father’s diaries, as well as discussing with my family the words that will mark his gravestone. Both experiences — especially in such an emotionally-laden context — have made me reflect more on what a delicate and important process the editor’s job is. As a professional editor of nearly 35 years, in a world that’s driving this particular role/profession towards sure and imminent extinction, I’m aware of and keen to expound the value an editor brings to our world of communication. It’s a complex job that goes far beyond just the nuts and bolts of linguistic proficiency. Here’s my take on it.

A job-seeker looking through the wanted ads for editors can expect to see these skills and qualities listed as requirements: “an eye for detail and accuracy”; “a good command of the English language”; “native English speaker”; maybe even experience as a writer, etc. Of course these are the linguistic skills that form the backbone of any proficient editor. But like Mary Poppins’s bottomless carpet-bag, there’s so much more in an editor’s mental toolbox than meets the reader’s eye.

The editor acts as a go-between twixt author and reader: it’s his job to make sure that the reader understands exactly what the author is trying to say. In order to do that effectively, the editor must have a clear understanding of what the author intends with her words. Similarly, he has to anticipate how those words will be interpreted and understood from the moment they alight on her readers’ retinas. To achieve this feat of what can only be described as intuitive mind-reading, the editor needs to be possessed of an extraordinary fund of empathy: to be able to reach inside the mind not just of the author (whom he probably knows, at least to some extent)  but also of the hypothetical reader, whose mind he can usually only guess at, and who often comes in multiple different forms. It’s the editor’s job — perhaps even more than the writer’s — to ensure this smooth exchange of meaning and understanding.

“You write to communicate to the hearts and minds of others what’s burning inside you, and we edit to let the fire show through the smoke.” – Arthur Plotnik

If and when the editor has identified a problem of confusion, ambiguity or clumsiness in his author’s prose, it’s up to him to suggest a viable alternative. It’s unlikely that he writes in a similar style to the author, so he must be able to approximate and imitate his author’s voice, even if it’s just in tweaking a few short words or sentences. A good editor has to maintain and uphold the style and consistency of his author’s voice while keeping his own verbal flair and idiosyncrasies out of the picture.

“No passion in the world is equal to the passion to alter someone else’s draft.” – H.G. Wells

A flair for compromise, negotiation and collaboration:

A writer’s work is deeply personal; it’s the literal and lasting expression of her voice in all its originality, especially when it’s a piece of fiction or creative prose. So when an editor comes along, bringing with him all the rules and regulations and rights and wrongs of the English language, it becomes a careful process of negotiation between creator and editor. When is it OK or appropriate for those language rules to be broken, in order to maintain the author’s authenticity but without her losing authority or credibility? When does the editor bow to an author’s deeply-held linguistic beliefs or desires, even if they’re rogue or off-kilter, and when does he insist on wielding the power of the expert red pen? Especially in his empathetic role, as described above, when does an editor have the right to change an author’s words in order to make them better understood? Like any good parent, an editor has to decide when and where to choose his battles – and how bravely and aggressively to fight them when he does engage in them.

“Editing might be a bloody trade, but knives aren’t the exclusive property of butchers. Surgeons use them too.” –  Blake Morrison

Built into this dance of negotiation and compromise between author and editor is a complex and subtle game of power. The author, after all, is the person whose name will grace the page; she’s the responsible party who has to face any readers’ criticisms — of her choice of vocabulary, her turns of phrase, her eloquence, her clarity. The editor is usually anonymous, if not buried deep in a list of acknowledgments that usually go unread. So the author has to invest a great deal of trust in her editor behind the proverbial curtain: he’s there to bolster and protect her literary reputation. And yet, the editor’s pen can’t be allowed to loom too large and overwhelm the author’s voice. The editor is the hired help; at any time he can be overruled at best or fired if the going gets too tough. The author has the ultimate say (and she’s the purse-holder), so only a very diplomatic editor can stick to his guns and hold sway when the author’s voice has gone awry.

The stakes get even higher when certain factors enter the equation. Editing the work of someone who’s deceased can be both a blessing and a curse. The writer isn’t around to express an opinion or to push back on edits, and that offers a certain freedom. But they’re also not there to offer vital clarification when there’s any ambiguity in meaning or sense, and the editor has to make important decisions on behalf of his silent partner. Working with a creator of celebrity or renown can present special challenges, especially if they’re known for their eloquence and then you realize that they owe their fine reputation to your predecessors and not to their literary prowess. Then there’s the writer commissioned by a paying client or third party who has little interest in the literary merit of the piece but much invested in the inclusion of certain content and/or in the speed of its publication and distribution. Here’s where the editor’s role can be at its most challenging: when a writer is caught between the conflicting demands of commissioner and editor, and there’s no doubt in anyone’s mind about who will have to bend.

As in any good working relationship, there has to be a sense of shared values between author and editor. No matter how proficient or experienced each one is in his or her own right, an author has to trust in her editor’s instincts and an editor must respect his author’s voice if they’re to succeed in their joint enterprise. Like dance partners, therapist and patient, or even lovers, these language partners have to find something to like and trust in each other’s words and values in order for their relationship to succeed. If that deep compatibility is missing, it’s time to find another editor, or get another gig.

“An Editor becomes kind of your mother. You expect love and encouragement from an Editor.” – Jackie Kennedy

“Only kings, presidents, editors, and people with tapeworms have the right to use the editorial ‘we’.” – Mark Twain