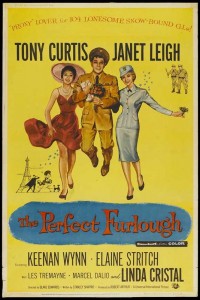 Updated April 2020: There’s another word that has sadly become much more familiar to English speakers on both sides of the Atlantic in recent weeks. Glosso posted this piece originally back in October 2013.

Had you stopped an Englishman in the street a few weeks ago and asked him what furlough meant, he probably would have given you a blank stare. Something about Hollywood movie soldiers having a good time? he might have suggested, but even then the actual meaning might have escaped him. With news traveling abroad about recent events in the U.S., where many Americans are now on furlough as a result of the federal government shutdown, the word probably resounds with more meaning across the Atlantic.

A furlough (from the Dutch word verlof, meaning leave of absence) is basically a temporary layoff, ie. mandatory temporary unpaid leave — either short- or long-term — necessitated by economic conditions and circumstances. It happens mostly in the context of the federal government, the armed forces (ie. soldiers given leave from active duty), prisons (inmates granted permission to leave their prison confines) and education (teachers told by cash-strapped school districts not to work on “furlough days”). In The Perfect Furlough of 1958, starring Tony Curtis and Janet Leigh, the military leave of the movie’s title meant for one American soldier three weeks in Paris with his favorite pin-up queen — a far cry from the experience of today’s federal employees who are entering their tenth day without work or pay, and little idea of when it all might end.

Another f-word that is in the American vernacular and also less familiar to English ears is filibuster: a tactic or form of obstruction used in legislatures or other decision-making bodies — mostly in the U.S. Senate — to delay or prevent legislative action on a specific proposal by talking for such a long time that the majority either grants concessions or withdraws the bill. The filibuster is a powerful device in the U.S. Senate, so much so that its defenders call it “the soul of the Senate”. Although the same procedural device is used in the UK’s parliament, dating back to at least the late 19th century when members of the House of Commons tried to delay the passage of the Irish Coercian Acts, it tends to be referred to there as “talking out” a bill. Wikipedia lists some of the more notable English parliamentary instances, including one in January last year when Conservative and Scottish National Party MPs filibustered successfully to block the Daylight Savings Bill 2010-12, which would have put the UK on Central European Time. The most famous recent U.S. filibuster was by Texas State Senator Wendy Davis, who became an overnight political sensation last June when she stood up for abortion rights: in a dramatic 11-hour filibuster at the Senate, during which she wore a back brace and pink sneakers to weather the standing marathon, she nearly managed to block a bill banning abortions after 20 weeks of pregnancy.

The word is derived from the Dutch vrijbuiter, meaning “privateer”, “pirate”, or “robber”, which originally described — in Spanish (filibustero) and French (flibustier) forms — the piratical privateers in the West Indies in the 1500s. Its Anglicized version being freebooter (meaning pirate or plunderer), vrijbuiter was also translated to filibuster and came into English usage in the 1850s to describe wayward military adventurers, especially those lawless Americans trying to topple governments in Central America and the Spanish West Indies. According to the Online Etymology Dictionary, filibuster “seems not to have been in use in U.S. legislative writing before 1865. Probably the extension in sense is because obstructionist legislators “pirated” debate or overthrew the usual order of authority. Not technically restricted to U.S. Senate, but that’s where the strategy works best.”

Testing the notion that filibuster is essentially a North American term, a search of the word in the Corpus of Contemporary American English (which produces 1,064 instances) compared to one in the British National Corpus (returning only 17 results) tends to confirm its identity as an Americanism. Of those 17 citations — most of them recorded in the last three decades — only 7 refer to British parliamentary actions, with most of the others describing obstructionist activities in the U.S. Senate (and four references to political delaying tactics in India, Japan, Taiwan, and Italy respectively). One record, cited in the Keesings Contemporary Archives published by the Longman Group UK in 1992, included another curious term for such political shenanigans: “The filibuster deployed a variety of procedural delays —including the filing of successive censure motions against the government —and employed the delaying tactic of “ox-walking” when voting on them.” I haven’t been able to find any other reference to “ox-walking” online or in any dictionary, but it certainly has an evocative charm about it.

1 thought on “Furloughs and filibusters”