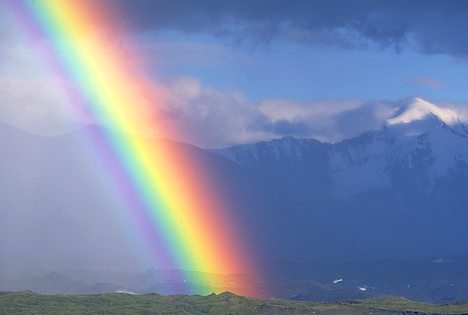 How would we be able to remember all the most essential information of the world — like the colors of the rainbow (in correct order), the planets of our solar system (in the order in which they radiate out from the sun), or what happened to each of Henry VIII’s wives (in chronological order) — without that magical thing called a mnemonic? (The word, whose initial m is silent, is derived from the ancient Greek mnemonikos, meaning “of memory”, and is related to Mnemosyne, the goddess of memory in Greek mythology; both words come from mneme  — “remembrance” or memory”.) This strangely named device is created specifically to aid in the retention and memorization of information; it can come in different forms, but is usually verbal, ie. a short poem, an acronym (see Glossophilia’s earlier post on acronyms here), or a word or phrase made memorable by dint of its humor, absurdity or easy rhyme. Our childhoods and especially our classrooms stocked our minds with these memory aids that are more enduring and accessible than Google or any other encyclopedic resource. Who needs an app to remember how many days are in the current month, whether to spell it receive or recieve, and whether to set your clocks an hour later or earlier when we have our mnemonics permanently on tap?

Here’s a selection of those that have stuck around in my cerebellum for decades, bouncing forward like Beatles lyrics when their services are called upon, and then tucked away for safekeeping until the next time a list of England’s monarchs is needed.

Am I forgetting any? …

Spring forward, fall back — how to reset your clocks at the beginning and end of daylight savings time

FACE — notes in the spaces of the treble clef

No Plan Like Yours To Study History Wisely  — the royal houses of the English monarchy (Norman, Plantagenet, Lancaster, York, Tudor, Stuart, Hanover, Windsor)

I before E, except after C — a spelling reminder

When two vowels go walking, the first one does the talking — another spelling aid

Number of days in each month:

Thirty days hath September,
April, June, and November;
All the rest have thirty-one,
Save February, with twenty-eight days clear,
And twenty-nine each leap year.

1 thought on “Songs my childhood taught me 2: Mnemonic phrases”