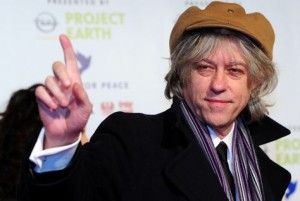 “Back in the day, this corruption lark seemed to be a lot easier. All you needed to do was pop over to your local post office, pick up some manila envelopes, hoard up a load of unmarked fivers and Bob’s your uncle (allegedly).” — on the FIFA World Cup corruption report, Irish Mirror, 13 Nov 2014

“We all pretty much know the formula for how a Tour de France route looks. Two longish time trials , Alps, Pyrenees, maybe a team time trial at the start, fill out the rest with sprints and Bob’s your uncle.” — PodiumCafe.com, 22 Oct 2014

What Brits exclaim when the desired result is achieved, often at the end of a simple explanatory list of instructions. “There you have it!” “Et voila!”

A BBC article in November presented one theory for its origins. Donnchadh Ó Ceallacháin, curator of the Waterford museum in Dublin, explains how it was associated with Field Marshall Frederick Lord Roberts, the Earl of Waterford, Kandahar and Pretoria, who was known as Bobs. “‘He was appointed commander of overseas forces stationed in Britain. And in November 1914 he was on a tour of inspection of Indian soldiers serving on the western front when he caught a chill, caught pneumonia, and he died aged 82, the oldest serving soldier to die in the war. … His grandparents were just tradesmen, which is what architects were at the time. … Apparently, he was very decent with his troops looking after their welfare. He was very much admired by the regular troops and that’s why he was called Bob’s Your Uncle; it was an affectionate term of endearment.'”  World Wide Words offers other theories …