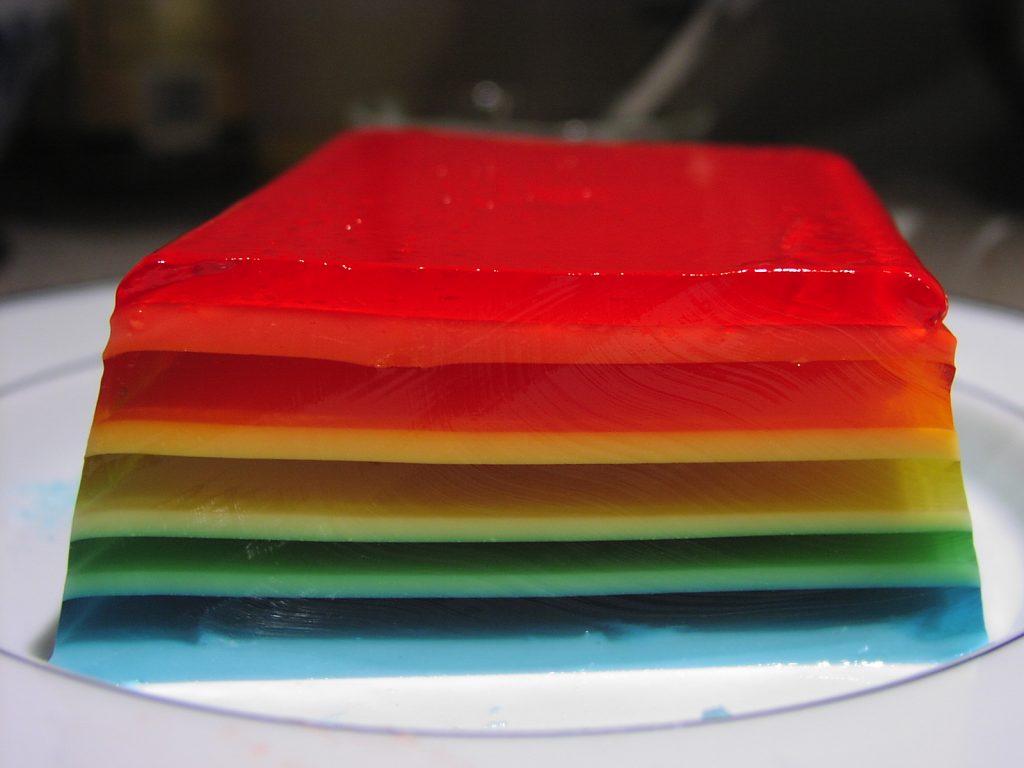 With Bohemian Rhapsody becoming the second-highest grossing music biopic of all time, Freddie Mercury and Queen are back in the news and on the airwaves. There’s a word in the chorus of “Killer Queen” (“Mercury’s piano-led paean to a Moët-quaffing courtesan”*) that I’ve only just realized I’ve been hearing wrong all these years. And I had always assumed Freddie knew something I didn’t when he sang the French loan word. How could I have been so wrong?

The song —  once confirmed by its author Mercury as being about a high-class prostitute — compares the “killer queen” of its title to Marie Antoinette. She says “let them eat cake,” as the French queen did, and she keeps Moet and Chandon in her pretty cabinet. Then comes the chorus:

I always thought the word following gunpowder was guillotine — but that Freddie pronounced it with a soft ‘g’ as in Jill rather than a hard ‘g’ as in gill. Perhaps he knew more about the pronunciation of French loan words than we all did? I mean, Marie Antoinette, champagne, perfumes from Paris (naturally): we’re talking about 18th-century French court life, aren’t we? Doesn’t guillotine fit the time and place? Well, I finally did a Google search last week, after hearing the song for the 50 millionth time in a local cafe and wondering again, for the 50 millionth time, why Freddie always pronounces guillotine wrong whenever I hear it. First I checked the OED‘s pronunciation of guillotine to check my Freddie French theory. But nope, we Brits made the French soft ‘g’ hard when we stole it, and there’s no reason why Mercury — who lived in England from his late teens — would have thought otherwise. So I went to Google, and was astonished. The word in question is in fact gelatine (which is the British spelling of gelatin) — not guillotine. Gelatine? Really? As in the stuff you make jelly with? What’s that got to do with gunpowder, queens and prostitutes? What was Freddie thinking of when he wrote the lyric? … Anyway, yes: every lyrics-site on the internet lists the word as gelatine (or the American gelatin). It’s official. There’s even an all-female Queen tribute band in Boston called “Gunpowder Gelatine.” I really couldn’t believe I’d been so wrong for more than 40 years. (In my defense, I realized on my Google-gunpowder-guillotine quest that I’m not the only person in the world who thought they heard guillotine but had nagging doubts about it.)

According to Daniel Tunnard on Quora, “It’s gelatine. Gunpowder and gelatine combine to make dynamite. The song isn’t about Marie Antoinette, it just references her. It’s about a high-class prostitute. Freddie Mercury said so. Gelatine is the British spelling of gelatin. And gelatin dynamite is an explosive. It is basically gelatin(e) and nitroglycerine. Explosive like dynamite, but moldable. What we would call plastic explosives, today.” And sure enough, the OED confirms that the pronunciation of the British word gelatine is indeed ˈdʒɛlətiːn (jell-uh-teen).** (But see important update below …)

But not everyone buys the gelatine argument. Kevinalm on Sciforums (sic) is adamant that the word in question is neither guillotine nor gelatine. “The correct lyric as Freddy sings it in the original recording is ‘gunpowder turpentine’.” As Kevin goes on to explain:

“1. If you listen to the the original recording, you can clearly hear the consonants “rp” in that order in the word in question.
2. Queen rarely used nonsense lyrics, and there is no such thing as gelatine. There is gelatin (as in Jello). There is gelignite (as in nitroglycerine gelled with colliodian iirc). But there is no gelatine.
3. Gunpowder and turpentine is a “thing” however. In the Napoleanic warfare era (say around the time of the American Revolution) mixtures of gunpowder and turpentine were ignited on the battlefield. It gave off a black, acrid, choking smoke. Sort of a combo smoke screen, tear gas cloud a la the little corporal.”

I’m afraid I think Kevinalm is mistaken. First, turpentine never rhymes with laser beam — wherever in the world you’re from. Freddie surely would have known it rhymes with dollar sign. And secondly, there is such a thing as gelatine — rhyming with melamine — if you’re a Brit, as Freddie was. Finally, watch Freddie’s lips.

Watch this clip below — 1:50 in. Google’s right, as always. He’s definitely singing “Gunpowder, gelatine.” But as Mercury said about “Killer Queen”: “I’d prefer people to put their interpretation upon it – to read into it what they like.” I never thought the song would conjure up images of Her Majesty sitting down to jelly and cream, but now that I know what he’s singing, I have a feeling that’s what it will do for me from here on out.

** Important update: if you listen to this remastered version of the original recording, you might hear what I’m now hearing: it’s gelatine the first time the chorus is sung (30 seconds in); and it’s turpentine when the chorus comes back for the second (1:19) and third (2:20) times. Apologies to Kevinalm: he was absolutely right — at least for two of the three times the chorus is sung. And thanks to Richard for pointing this out to me!

She keeps her Moet et Chandon
In her pretty cabinet
“Let them eat cake”, she says
Just like Marie Antoinette
A built-in remedy
For Kruschev and Kennedy
At anytime an invitation
You can’t decline
Caviar and cigarettes
Well versed in etiquette
Extraordinarily nice

Recommended at the price
Insatiable an appetite
Wanna try?

Drop of a hat she’s as willing as
Playful as a pussy cat
Then momentarily out of action
Temporarily out of gas
To absolutely drive you wild, wild
She’s all out to get you

Recommended at the price
Insatiable an appetite
Wanna try?
You wanna try

2 thoughts on “Killer Queen & Royal Jelly: What’s turpentine got to do with it?”