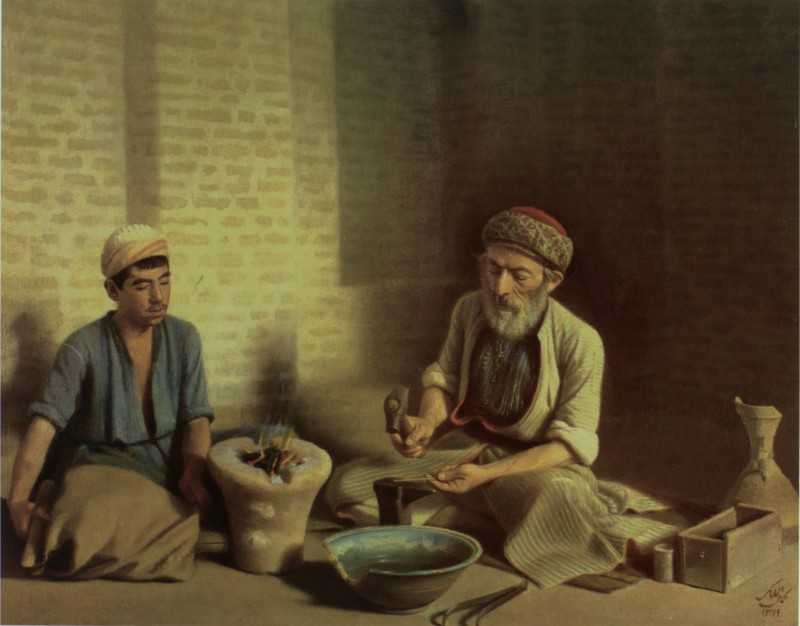 I’m reading a guidebook about Ethiopia (preparing for a trip there later in the year), and I’ve just stumbled on this really interesting piece by John Grinling called “Wax and gold in goldsmithery and Amharigna.” It’s a good read for anyone interested in words and language, and perhaps helps explain why I love Ethiopian culture.

“Donald Levine, in his famous book Wax and Gold – Tradition and Innovation in Ethiopian Culture (1972 edition, page 5), professes that the Amhara culture, and language in particular, is characterised by the frequent use of several semantic layers of double entendres wherein ‘the apparent, figurative meaning of the words is called “wax”; their more or less hidden actual significance is the “gold”.

“This sem ena work (wax and gold) terminology is derived from the work of the goldsmith still used nowadays to produce metal crosses. The craftsperson first carves into wax a model of the piece of jewelry he wishes to produce. He then covers this wax model with several layers of liquid argyle and allows them to dry until they form a solid cast around it.

“As far as the rhetoric and interpretation is concerned, the phrase sem ena work correlates to the original wax model and gold cast end product. Both have the same appearance, but where the first is of little value, the second is very precious. Likewise, a speaker may use a phrasing that seems mundane and ordinary, but correctly interpreted by a person of some intelligence, the words reveal a hidden, metaphorical or ‘golden’ meaning.

“The Amharic language lends itself particularly well to the double entendres, both in ordinary conversation, where saucy inferences are frequent, and in the rigorous training of the priests in the tradition of kene poetry or sacred hymns. And the art of reading more into words than their literal meaning is a deep-seated inclination of Amharigna speakers.

“Levine also infers that the persistent attention to hidden meanings in Ethiopian culture not only complicates daily life on occasion, but also goes against the requirements of our more technological age where language has to be univocal.”

From Ethiopia by Philip Briggs (Bradt)