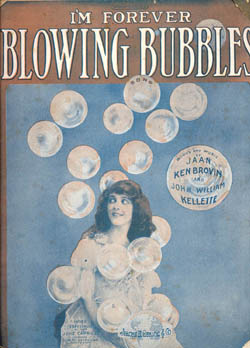 Originally posted in May 2011.

“For ever”: these two words, when used together, are so poetic and so laden with meaning. In their definitiveness they conjure up the most extreme notions and emotions of the human condition: eternities of love, of despair, of hope, of estrangement, of desire, of determination, of life itself and even the hereafter. The words can’t be used lightly, whether they’re whispered or declared in the context of a single mortal lifespan or the unfathomable eternity of the universe; their meaning carries a certain gravitas in terms of time and intention. “I will stay here for ever” has no ambiguity about it. The OED defines the expression “for ever” as “for all future time” – or, more colloquially, “for a long time”. But put those two little words together, and here’s where the Americans and the Brits part company.

In British English, “forever” means something quite different – and moves from the poetic to the more prosaic when the words are joined as one. The single-word adverb (according to the OED) means “continually, persistently”: “The dog is forever eating her homework.” “He is forever complaining.” Suddenly the eternity embedded in those two future-laden words loses some of its weightiness and invades the mundanity of our daily existence: “I’m forever cleaning up after your mess!” Curiously, when used strictly as an adverb (describing a verb), it tends to have slightly negative connotations – implying that the action described is unwanted or irritating, and the hope is that it will certainly not continue for ever. And yet, when used to qualify an adjective, the word often resumes the poetic nature and more of the meaning of its component parts: “May you stay forever young.” “She remained forever faithful.” “You’re forever true.”

Americans forever join the two words, so the distinction in meaning is implied only by the context and sentence structure. “I will love you forever” and “I’m forever loving you” mean subtly different things, and perhaps for the reasons I’ve suggested above, the second sentence is unlikely to be expressed as such.

But maybe I’m wrong about the British “forever” always suggesting something annoying or undesirable. After all, what are the fans of West Ham United doing forever?