The annual Oxford and Cambridge Boat Race is coming up on Sunday. Will Oxford take the trophy back from Cambridge, who were victorious in their latest row-off last year? Tension is mounting in the historic rivalry between the famous British universities – and today it goes beyond the coxes and crews and the battle of the Blues. As reported this morning in the Cambridge Herald, Cambridge University has announced its introduction of the “Cambridge comma.” Rivaling the contentious Oxford comma, which – after the apostrophe – is probably the most divisive punctuation mark in the English language (see Glossophilia’s earlier post on the Oxford or serial comma here), the Cambridge comma introduces a punctuated pause AFTER the word “and“ in lists — i.e. before the final list item, with Oxford already having staked its claim to the prime position before the “and”.

An example of the new Cambridge comma illustrates the unexpectedly belated verbal interruption that it offers: “He packed up his books, cigars, teddy bears and, slippers.” Oxford’s remains more predictably timely: “He packed up his gowns, pipes, long-johns, and ties.”

Oxford and Cambridge have enjoyed an infamous but healthy rivalry for centuries, dating back to when they were the only two universities in England and Wales. Competition between the “Oxbridge” institutions is most famously characterized by the annual boat race, which takes place on a four-mile stretch of the River Thames. Now the colleges will have one more thing — in addition to the best cox and crew, the most famous alumni, the best academic ranking, the most renowned theatrical society — over which to compete: the relative value of their respective serial comma positions. Are you an Oxford comma kind of character, or a Cambridge comma cat?

A spokesman for Cambridge University was quoted in the Cambridge Herald remarking on this new role for the ever versatile comma: “Cambridge is proud to add a new, dynamic and, pause-worthy role to the most widely-used and abused punctuation mark in the English language. We look forward to seeing it flourish in literature, texts, DMs and, IMs as we encourage the world to take an added pause.” Read the full Cambridge Herald article here.

We didn’t see this one coming! 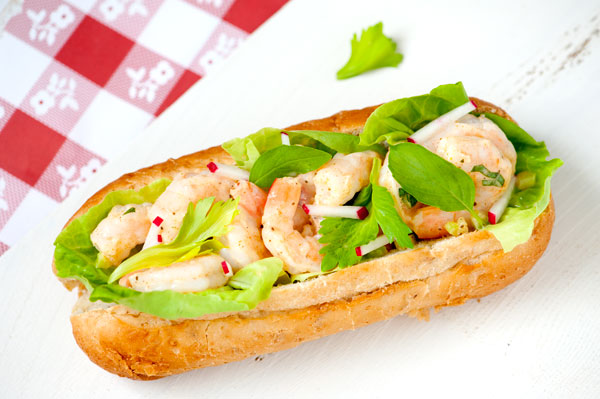 TGIF. Language and usage in the news this month: confessions of a comma queen; the possible death of “uh”; a town torn apart by an apostrophe; the mid-Atlantic language mash-up; some non-translatable idioms; what your pronunciation says about you; and a critique of Wikipedia’s grammar vigilante. END_OF_DOCUMENT_TOKEN_TO_BE_REPLACED 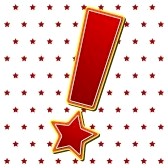 We all take punctuation a little bit for granted. Or maybe not all there are some who never use it at all texting especially can get confusing are you confused well we all are when those dots and commas get forgotten have you taken a virtual breath yet

So today’s the day to celebrate National Punctuation Day! (with an exclamation mark). Here’s a look at some of the news stories of the last few weeks in which the art of punctuation and its star characters have been walking the red carpet. It’s never far away from the news, even if it often manages to escape our lazy thumbs and fingers. Long live these often unsung heros of our complicated but beautifully expressive language.

And below the news items are a few previous Glossophilia posts about punctuation, and information about the National Punctuation Day contest: don’t forget to enter, and please punctuate your entries correctly.

Punctuation in the news:

Vanity Fair was among the many who noted incredulously that “Even the Yahoo! Exclamation Mark Can’t Believe It Made the Cut for the New Logo.”

David Haglund asked on Slate‘s cultural blog whether any bands “Give a @#$% About the Oxford Comma”, going on to explain that “in [their] survey of 15 pop groups—from Blood, Sweat & Tears to Phantom, Rocker & Slick and beyond…—we did not find a single official usage of the Oxford comma in a musical act’s name.”

In The Week, James Harbeck wrote “You’re using that dash wrong”, enlightening us all with his “comprehensive guide to our language’s horizontal lines — from the humble hyphen to the three-em dash.”

“Punctuation can tell you a lot about the emotional state of the person who you are speaking with” — at least, that is, in texting, claims Massachusetts’ Daily Collegian. In her piece on “Decoding text-iquette”, Malea Ritz goes on to give several examples. “An exclamation point shows enthusiasm, although multiple exclamation points can demonstrate overeagerness or extreme excitement. One question mark turns a phrase into an inquiry, but several can be impatiently inquisitive.”

The new ABC superhero series Marvel’s Agents of S.H.I.E.L.D. is ruffling some feathers among TV journalists, who are concerned that they will be made to type out each p.e.r.i.o.d in the last word of the show’s title every time they write about it. Time TV critic James Poniewozik is one of those unfortunates,  tweeting: “Lost my battle with copydesk to keep periods out of Marvel’s Agents of SHIELD in print. But they can’t make me use them on Twitter! #rebel“. But The Atlantic says it won’t be punctuating the series.

Curbed reported on a new condo development with a “curiously punctuated name” that has sprung up on the market in Brooklyn’s Cobble Hill neighborhood. “Kane 1.1.3” consisting of 2- and 3-bedroom homes, is situated at 111-113 Kane St. But is it curiously punctuated, or curiously spelled? Discuss …

The New Yorker recently reviewed a new book about the history of punctuation: Shady Characters: The Secret Life of Punctuation, Symbols & Other Typographical Marks by Keith Houston. “reveals the stories behind esoteric punctuation marks, from the pilcrow (¶) to the manicule (☞) to the octothorpe, a.k.a. the hashtag.”

Vanity Fair imagines, in its slightly surreal way, an episode during the filming of the music video for Britney Spears’s upcoming single “Work Bitch”. (Hint: it involves punctuation …)

Some previous Glossophilia posts on the subject of punctuation

Celebrating the most misbehaved punctuation mark on National Apostrophe Day

Oxford & Cambridge: a new battleground for an old rivalry?

One space or two with your full stop?

A fortune known as Bunny

The newsletter has been posted here (click on the Fall 2013 front page):

In addition to the contest, this issue of The Exclamation Point! features:

NOTE: Send your essays to Jeff@NationalPunctuationDay.com by October 31. Please use proper punctuation. Contest winners will be announced in December.

The Guardian takes a lighthearted look at one of Oxford’s most controversial exports.

Elitist and irritating, or useful and precise? All you need to know about the controversial punctuation mark

Age: As old as the hills, Methuselah, and time itself.

So what makes it different? It’s rarer, only appearing after the penultimate item in a list of three or more objects, and even then only as and when the writer feels it necessary. Many won’t use it all, considering it ugly, elitist, and redundant. See?

Gah, it’s just a waste of a very small amount of ink. Which is why Oxford University’s PR team now advise their staff not to use it, a decision that kicked off a Twitter-storm of pedantic debate when it was mistakenly reported that publishers Oxford University Press had elected to put its beloved punctuation mark out to pasture. It has not.

But why does anyone care? You’re not the first to ask that question. In fact, it was posed publicly three years ago, in slightly swearier tones, by indie pop band Vampire Weekend, with their single Oxford Comma.

And the answer was? Because it saves confusion.

How so? Well, say I tell you that this week I’ve been listening to two of the most over-rated bands in the world, Vampire Weekend and the Killers. Without the wee Oxonian squiggle, that will read as if I’ve listened to just two bands and they’re both over-rated.

And with it? Pop in an Oxford comma and it’s all hunky-dory; I’ve listened to four bands and Vampire Weekend deserve every well-won scrap of their critical acclaim. Similarly, in a list containing conjoined items (bacon and egg, ladies and gentlemen, French and Saunders), the use of the OxCom can be a life-saver.

And an awesome weekend. True, true, and true.

Do say: “They’re divisive, annoying, and often unnecessary, but there is a time and a place for them.”

Don’t say: “Plus they do have some catchy tunes.” 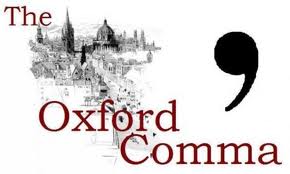